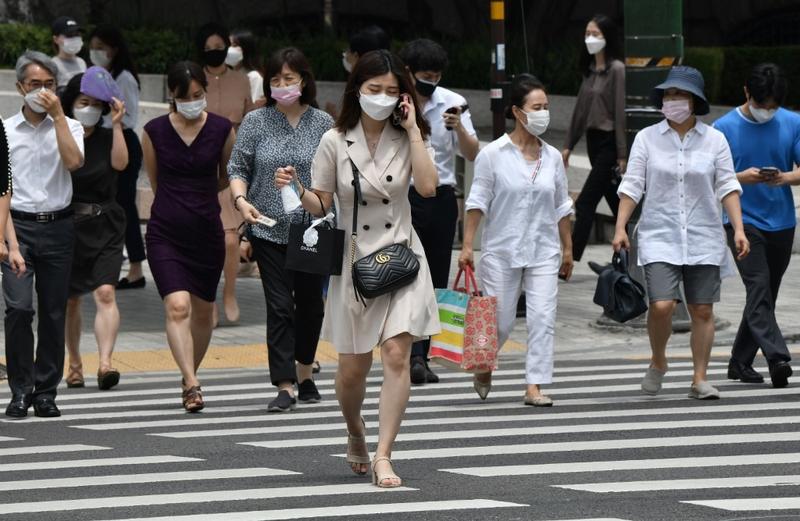 The new cases bring South Korea’s total to 12,715, while the number of fatalities remained at 282, according to data from Korea Centers for Disease Control & Prevention. Of the additional infections, 22 were imported. It has been almost 23 weeks since South Korea reported the first case.

He wrote that Singapore has been doing its part collecting and analyzing data on the COVID-19, in order to better understand this new threat. “But our efforts alone are not enough,” he added.

According to his post, Lee emphasized the importance of vaccine multilateralism in the common fight against COVID-19, when he spoke to the virtual “Global Goal: Unite for our Future” Pledging Summit on Saturday.

He said that Singapore looks forward to working with the European Commission and like-minded countries, as well as the World Health Organization, Coalition for Epidemic Preparedness Innovations, and GAVI,  the Vaccine Alliance, to develop vaccines and distribute them fairly and expeditiously to people in all countries.

Singapore’s Ministry of Health reported 291 new COVID-19 cases on Saturday, bringing the total confirmed cases in the country to 43,246.

Of the new cases, 97 percent are linked to known clusters, while the rest are pending contact tracing.

The total number of COVID-19 cases in Myanmar has increased to 296, with three more confirmed cases reported on Sunday morning, according to a release from the Ministry of Health and Sports.

According to the release, the newly confirmed cases are returnees who were under quarantine after their recent arrivals from Thailand and India.

As of Sunday morning, a total of 71,692 samples were tested for COVID-19 and 5,878 patients are under investigation at present, the ministry’s figures said.

According to the ministry’s figures, 216 patients have recovered from the disease so far.

Myanmar reported its first two positive cases of COVID-19 on March 23 and six deaths have been reported so far.

New Zealand reported four new cases of COVID-19 overnight, said the Ministry of Health in a statement on Sunday.

All four cases involve people who have recently returned from overseas and were in managed isolation facilities. These cases bring the number of active COVID-19 cases in New Zealand to 20, said the Ministry of Health.

Three of the new cases are now in quarantine at the Jet Park facility in Auckland. The fourth is being treated in Auckland City Hospital. There is no current case in the community, said the ministry.

The Israeli Ministry of Health reported 621 new coronavirus cases on Saturday, the highest daily number since April 2, taking the tally to 23,421.

The number of death cases has risen to 317, including a 19-year-old patient, the youngest COVID-19 victim in Israel.

The total number of patients in serious condition in Israel has dropped from 46 to 41, out of 212 patients currently hospitalized.

Palestinian Prime Minister Mohammed Ishtaye announced on Saturday a series of stricter restrictions against COVID-19 following the rapid increase of infections in the Palestinian territories.

Ishtaye made this announcement during a meeting in Ramallah with the heads of the security services.

Palestinian Health Minister Mai al-Kaila said that a woman and a man died from COVID-19 in the occupied East Jerusalem neighborhood of Ras al-Amoud and in Hebron respectively, increasing the death toll in Palestine to seven.

Al-Kaila said that 258 new COVID-19 cases were confirmed in the Palestinian territories, including East Jerusalem, the highest daily record in Palestine since the outbreak of the novel coronavirus pandemic on March 5.

new cases bring the total number of COVID-19 infections in Palestine to 2,053, she said, adding that currently 1,427 patients are still receiving medical care, including 11 in critical condition.

In a single day, 17 more patients died, taking the death toll to 5,082 in Turkey, the minister tweeted.

The total number of COVID-19 cases in Yemen’s government-controlled provinces increased to 1,103 on Saturday, as 14 new cases were confirmed.

The Yemeni Health Ministry said in a brief press statement that during the past 24 hours, the number of recoveries in the government-controlled areas increased to 417 since the outbreak of the novel coronavirus on April 10.

The government added that the death toll from the deadly respiratory disease climbed to 296 in different areas under its control, including the southern port city of Aden.

The United Arab Emirates (UAE) on Saturday announced 387 new COVID-19 cases, bringing the total confirmed cases in the country to 47,360.

The UAE’s Ministry of Health and Prevention said in a statement that the new cases, of many nationalities, are in a stable condition and receiving medical treatment.

Meanwhile, 365 more patients have made full recovery from the virus, taking the tally of the UAE’s recoveries to 35,834, according to the ministry.

The ministry also confirmed one more death, pushing the country’s death toll to 311.

The health ministry announced that the recoveries rose to 122,128 with the reporting of 1,657 newly recovered cases, according to the Saudi Press Agency.

The death toll reached 1,511 with the registration of 37 fatalities in the last 24 hours.

It also reported 101 deaths during the day, as the total number of deaths climbed to 1,660 in the country, while 19,938 patients have recovered.

The new cases were recorded after 9,630 testing kits were used across the country during the past 24 hours, and a total of 510,353 tests have been carried out since the outbreak of the disease, according to the ministry’s statement.

Cambodia on Sunday confirmed two new imported COVID-19 cases, bringing the total number of infections in the country to 141, according to a Health Ministry’s press statement.

The latest cases are two Cambodian males, aged 15 and 23 years old, the statement said, adding that both travelled to Cambodia from Malaysia via a direct flight on Friday.