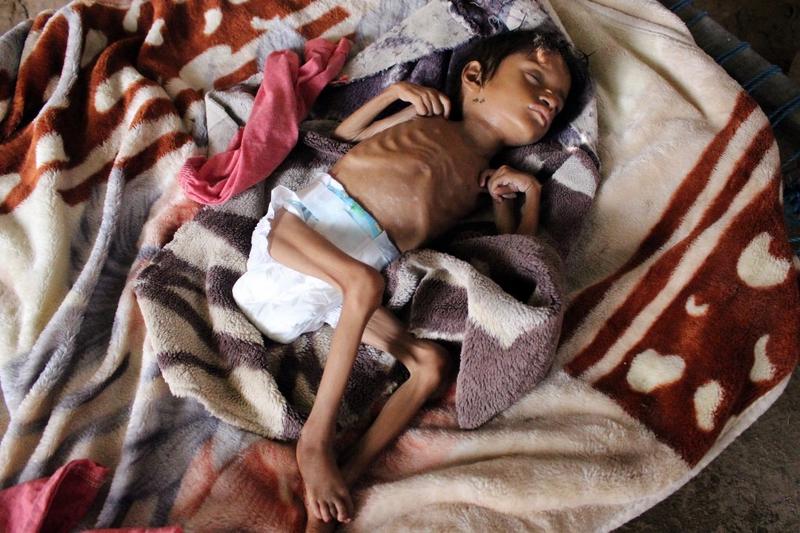 DUBAI – The number of malnourished children in Yemen could rise to 2.4 million by the end of the year due to a big shortfall in humanitarian funding, the United Nations children’s agency UNICEF said on Friday.

If we do not receive urgent funding, children will be pushed to the brink of starvation and many will die

A UNICEF report warned of a rise of 20 percent in the number of malnourished children under the age of five – almost half of all of that age in the country.

“If we do not receive urgent funding, children will be pushed to the brink of starvation and many will die,” said UNICEF Yemen representative Sara Beysolow Nyanti. “We cannot overstate the scale of this emergency.”

Yemen has been wracked for more than five years by a war pitting the Iran-aligned Houthi movement which controls much of the country and a Saudi-led coalition which supports the internationally-recognised government based in the south.

Tens of thousands of people have died, many of them civilians, and the ensuing humanitarian crisis has been called the worst in the world.

The United Nations has said it does not have enough funding to maintain the aid response, the world’s largest. A pledging event this month raised half of what was needed and aid programmes impacting millions are set to close in coming weeks.

Yemen’s health system is already on the brink of collapse, kept going through aid. Cholera, malaria and dengue were rife amid a malnourished population even before the coronavirus outbreak.

About 7.8 million children are now out of school, putting them at risk of child labour, recruitment into armed groups and child marriage, UNICEF said.

“UNICEF has previously said, and again repeats, that Yemen is the worst place in the world to be a child and it is not getting any better,” Nyanti said.

Cases of coronavirus infection reported by Yemeni authorities surpassed 1,000 on Wednesday, but the United Nations says the virus is spreading unmitigated in a country with shattered health systems and infections are likely much higher.