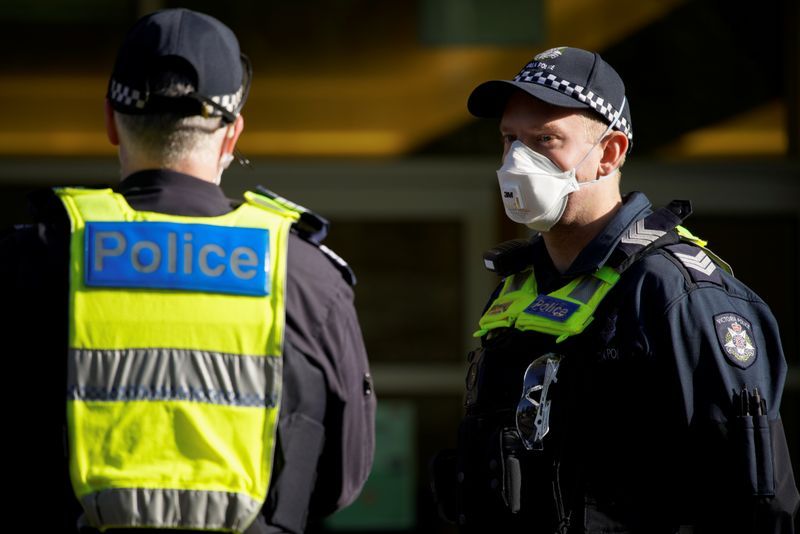 SYDNEY (Reuters) – The Australian state at the centre of the country’s coronavirus outbreak on Sunday reported a sharp daily decline in new cases, raising the chances that it will be released from a hard lockdown in the capital city within weeks.

Victoria, Australia’s second-most populous state and home to a quarter of its 25 million people, recorded 14 new cases of the virus that causes COVID-19 in the prior 24 hours, down from 21 new cases the day before and its lowest since June 19.

The state capital, Melbourne, has been under one of the toughest lockdowns, including a nightly curfew, but the state government has said it will let construction sites, manufacturing plants, warehouses and childcare facilities reopen on Sept. 28 if increases in average daily cases stay below 50.

Victoria also recorded five additional deaths associated with the virus in the prior 24 hours, taking the national death toll to 849, according to government data.

Australia had largely escaped the high casualty numbers of many other countries as the virus swept the world earlier this year, but a second outbreak in Victoria saw daily case increases over 700, put the country on high alert and prompted most states to close their internal borders.

None of the country’s seven other states and territories had reported daily case numbers by Sunday morning. The country has reported just under 26,900 infections.