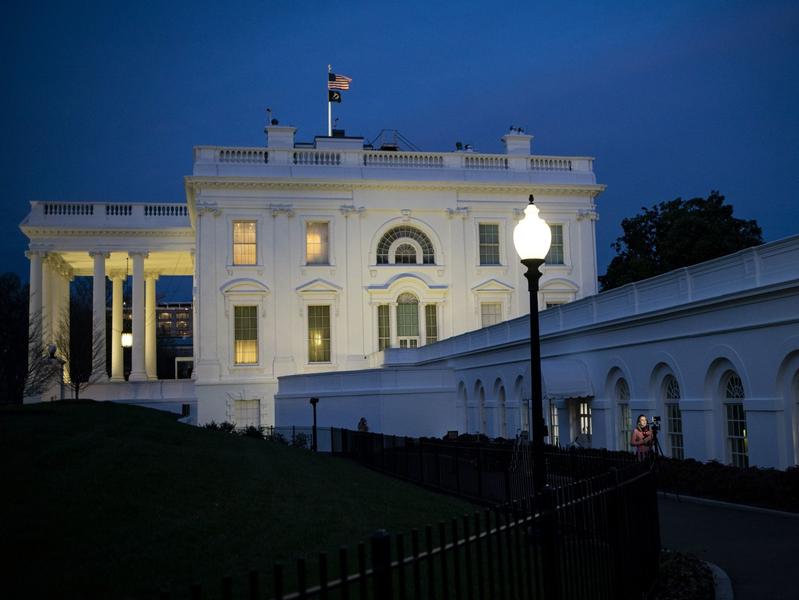 MOSCOW – The Biden administration imposed a series of new sanctions on Russia, including restrictions on buying new sovereign debt, in retaliation for alleged misconduct related to the SolarWinds hack and efforts to disrupt the US election.

The new measures sanction 32 entities and individuals, including government and intelligence officials, and six Russian companies that the US claimed to provide support to the Russian government’s hacking operations. The US is also expelling 10 Russian diplomats working in Washington, including some intelligence officers.

The Biden administration also is barring US financial institutions from participating in the primary market for new debt issued by the Russian central bank, Finance Ministry and sovereign wealth fund. Those limits would take effect from June 14.

Foreign ministry spokeswoman Maria Zakharova said that the United States’ hostile steps had dangerously raised the temperature of a confrontation between Moscow and Washington and that it would have to pay for damaging bilateral ties.

The sanctions reflect an attempt by the US to balance the desire to punish the Kremlin for past misdeeds but also to limit the further worsening of the relationship, especially as tensions grow over a Russian military buildup near Ukraine

The ministry said it was “unavoidable” that Moscow would respond to new US sanctions and that it had called in Washington’s ambassador in Moscow for “tough talks”.

The Russian finance ministry said it will offer only new OFZ treasury bonds and will stop offering top-up OFZ series after June 14, adding that it has cut its 2021 state domestic borrowing plan by 875 billion roubles (US$11.45 billion) and is flexible with its OFZ bond placement plans.

The central bank said it was ready to use the tools it has to preserve financial stability if needed.

Russian bonds fell and the ruble dropped the most since December on the news.

“What President Biden is going to announce today, we believe, are proportionate measures to defend American interests in response to harmful Russian actions, including cyber intrusions and election interference,” National Security Advisor Jake Sullivan told CNN early Thursday. “His goal is to provide a significant and credible response but not to escalate the situation.”

The sanctions reflect an attempt by the US to balance the desire to punish the Kremlin for past misdeeds but also to limit the further worsening of the relationship, especially as tensions grow over a Russian military buildup near Ukraine.

The latest moves come just two days after President Joe Biden warned Vladimir Putin the US would defend its interests but also offered the possibility of a summit meeting in the coming months, drawing a cautiously positive response from Moscow.

Restrictions blocking US investors from buying ruble-denominated Russian government debt have long been seen as the “nuclear option” in financial markets, where the bonds, known as OFZs, have been a popular investment. Foreigners now hold about a fifth of that debt, worth roughly US$37 billion.

Kremlin spokesman Dmitry Peskov said new sanctions “wouldn’t facilitate” the planned summit but stopped short of saying they would derail it. He said Russia would reciprocate for any new limits but declined to comment on whether Biden warned Putin about impending measures in the call Tuesday.

ALSO READ: Biden to begin US troop exit from Afghanistan on May 1

Though they hit the market, debt restrictions aren’t expected to significantly hamper the Russian government’s ability to finance itself, since state banks can take up much of the slack, analysts said. 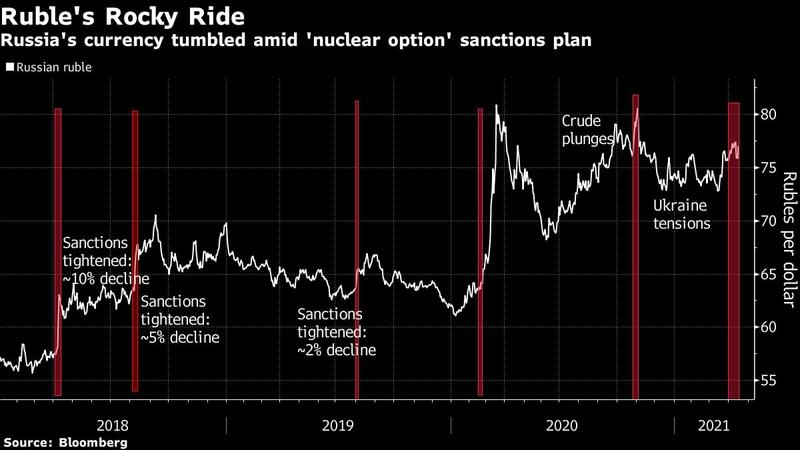 Still, limits on debt mark a serious escalation from a political standpoint and are likely to abort the planned presidential summit in the immediate future, said Fyodor Lukyanov, head of the Council on Foreign and Defense Policy, which advises the Kremlin.

“There is a desire to meet but the situation has severely deteriorated,” Lukyanov said.

The sanctions would follow a review ordered by Biden on his first full day in office into four key areas concerning Russia: interference in the 2020 election, reports of Russian bounties on US soldiers in Afghanistan, the SolarWinds attack and the poisoning of Russian opposition leader Alexey Navalny.

The administration announced sanctions against Russian officials over Navalny last month but has so far held off on action in the other three areas.

Russia has repeatedly rejected accusations that it meddles in elections, poisons its critics or offered to pay bounties for the killing of American troops.