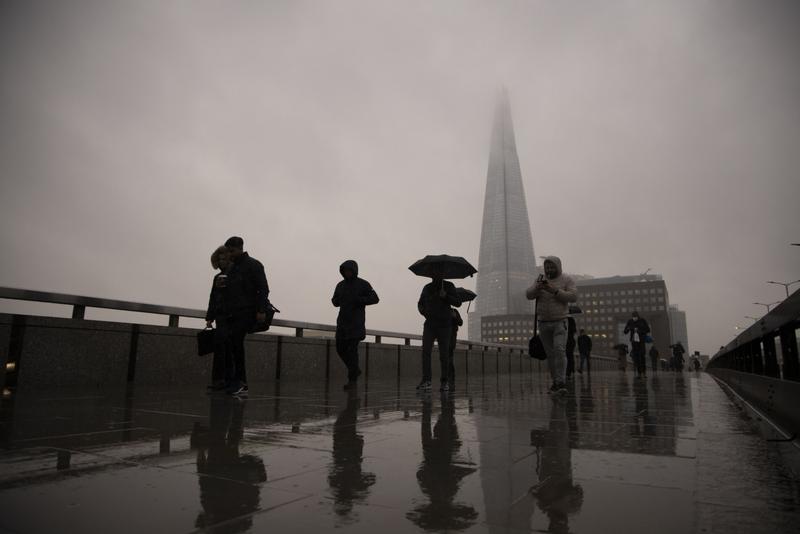 Foreign workers are leaving Britain at the fastest pace since World War II, presenting a challenge to an economy already roiled by Brexit and the coronavirus.

The flight of foreign workers marks a rapid turn from the trend of the past 20 years, where immigration generated more jobs, income for universities and higher housing costs

London alone has lost 700,000 people over the last year, recent research suggests. The implications are profound for the Treasury, landlords and the chances for a recovery from the worst slump in three centuries.

“The risk is that people don’t come back, so we have skill and labor shortages and we lose some output, growth and tax revenue permanently,” said Jonathan Portes, a King’s College London economics professor who estimates well over 1 million foreign-born workers may have left. “Given how migration has driven economic growth, particularly in London, that could be bad news.”

Chancellor of the Exchequer Rishi Sunak and the Office for Budget Responsibility will confront some of those realities this year and perhaps in the budget on March 3. For the Treasury, fewer migrants ultimately means less economic output and tax revenue to pay down the huge debts accumulated to help people and businesses cope with COVID-19. 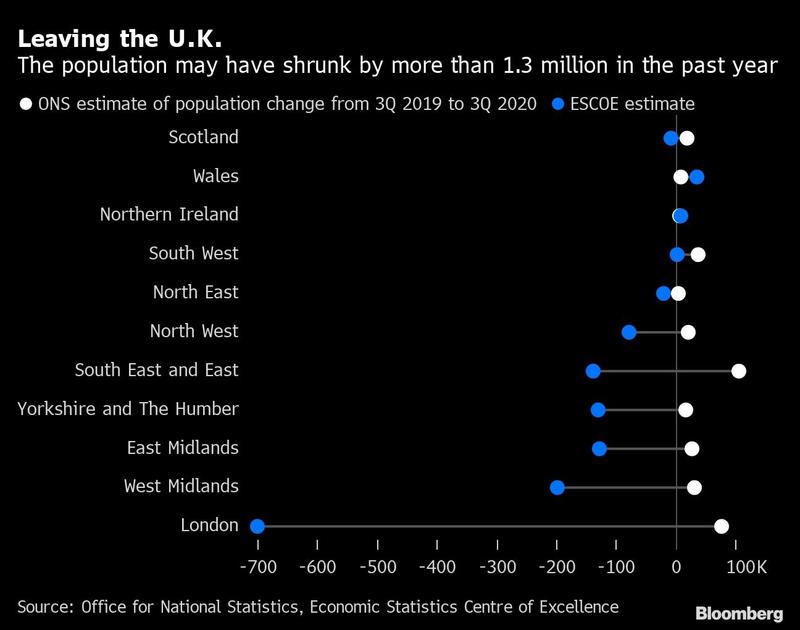 A turn in migration flows would reshape the politics of immigration after a decade of government efforts to limit the numbers arriving. Longer term, it could also exacerbate the demographic problem that the UK shares with countries from Germany to Japan: How to support a rapidly aging population.

A theoretical scenario where migration dries up instead of rising by around 100,000 a year could cost the UK about 1 percent of output after five years. That would raise the budget deficit by 0.7 percent of gross domestic product, based on a rule of thumb used by the OBR, the UK fiscal watchdog.

The loss of foreign workers may actually be a boon in the short term. Unemployment is rising, and swathes of the economy including hospitality remain closed for at least six weeks. Once those restrictions ease, a post-Brexit immigration system that makes it harder for EU citizens to settle in Britain means that jobs previously done by low-skilled migrants may be harder to fill.

“Those jobs won’t be eligible for long-term work visas,” said Madeleine Sumption, director of the Migration Observatory research unit at the University of Oxford and an adviser to the government. “The government has made it clear it doesn’t want to allow a lot of exceptions.”

The flight of foreign workers marks a rapid turn from the trend of the past 20 years, where immigration generated more jobs, income for universities and higher housing costs. Now, there’s evidence of a shift.

Rents in London fell 8.3 percent last year, according to property website Zoopla. While its director of research Grainne Gilmore can’t connect that trend to migration, about three quarters of recent arrivals from overseas live in privately rented accommodation.

It’s impossible to say exactly how many people have left. That’s because the pandemic has limited government data collection. Statisticians are relying heavily on the Labour Force Survey, which has suggested the foreign-born population shrank by almost 900,000 to 8.3 million in the year through the third quarter.

Some say the true picture may be far worse. In a blog last month for the government-funded Economic Statistics Centre of Excellence, Portes and co-author Michael O’Connor put the drop at about 1.3 million people. London, they calculated, may have lost about 8 percent of its population. 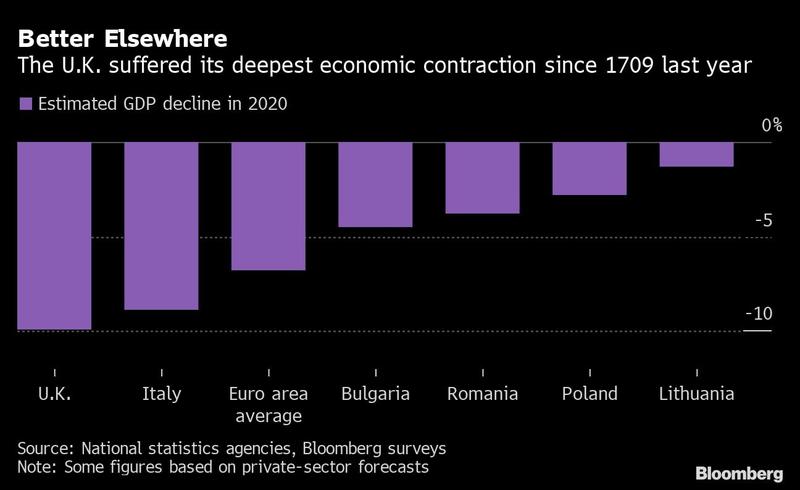 Hospitality and retail have been particularly hard hit. Foreign workers accounted for 30 percent and 18 percent of employment in those sectors respectively.

“We are still expecting business failures and high unemployment, so we don’t know what workforce may be required,” said Kate Nicholls, chief executive of the lobby group UK Hospitality. “The best thing the chancellor can do is provide financial support.”

READ MORE: Britain leaves the European Union, but Brexit is far from over 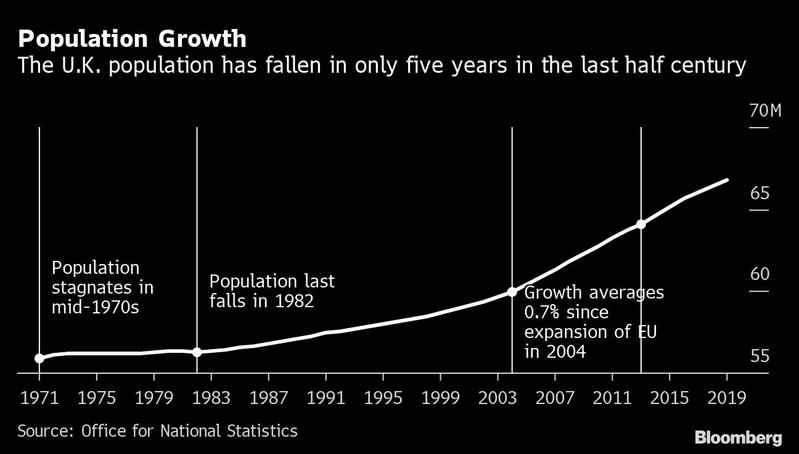 EU citizens once drawn by the prospect of better pay and jobs have found their home countries faring far better than Britain during the pandemic.

“Economic developments in countries where many migrants came from in the early 2000s are actually quite positive,” said Professor Christian Dustmann, director of the Centre for Research and Analysis of Migration at University College London. “They’ll say why should I leave? Poland is doing as well as the UK. There are a lot of opportunities here, so I’ll stay at home.” 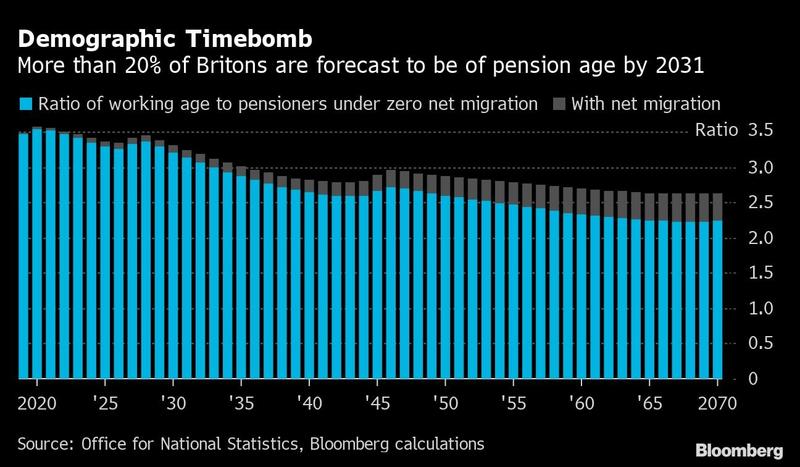