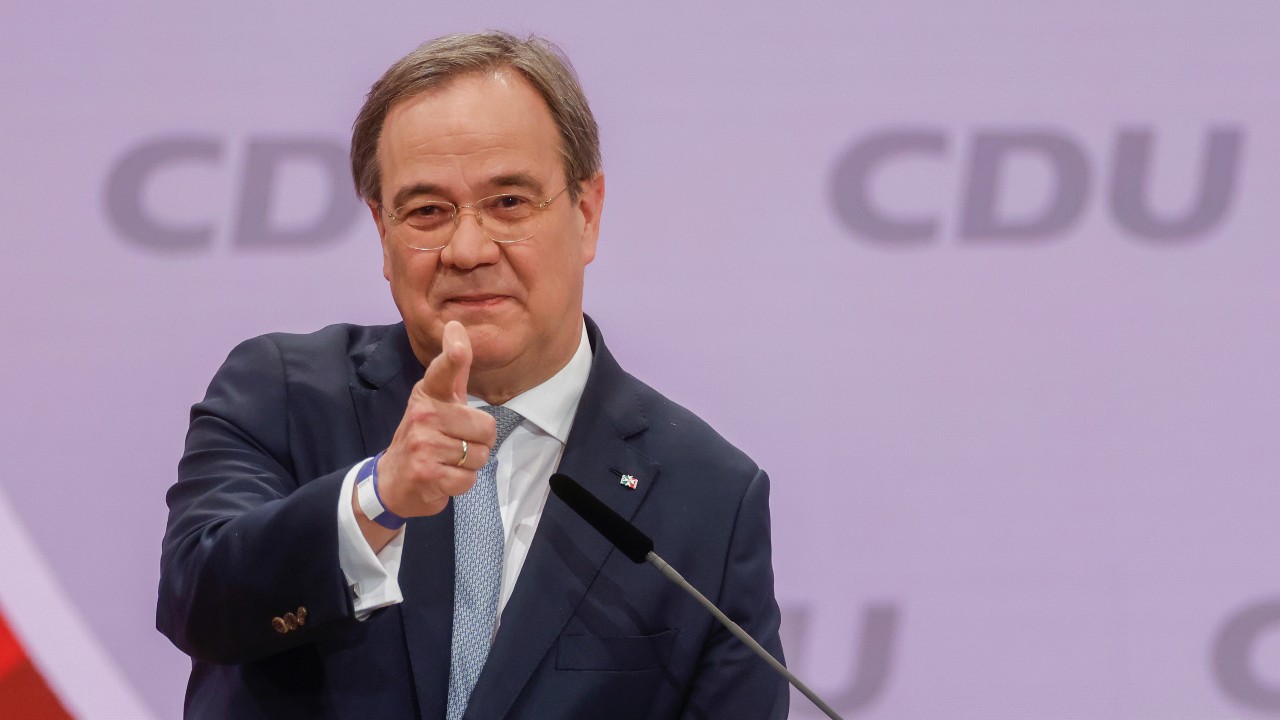 AS GERMANY GEARS up for an election year that will bring an end to Angela Merkel’s long reign as chancellor, her centre-right Christian Democratic Union (CDU) has committed itself to maintaining her centrist course. At a party vote among 1,001 delegates on January 16th Armin Laschet, the moderate premier of the state of North Rhine-Westphalia (NRW), narrowly defeated Friedrich Merz, a conservative former head of the CDU’s parliamentary group. Norbert Röttgen, a foreign-affairs specialist, came third.

The vote brings to an end a campaign greatly extended by the pandemic, which delayed two planned party congresses and forced the eventual vote to take place digitally. But it marks only the first of several milestones in the run-up to the general election, due on September 26th. In the spring the CDU, together with the Christian Social Union (CSU), its Bavarian sister party, must nominate a joint candidate to lead the election campaign as putative chancellor. This decision, says Marian Wendt, a CDU MP, is “still open”.

As head of the larger party Mr Laschet has the strongest claim, but Markus Söder, the CSU’s charismatic leader and the premier of Bavaria, is far more popular among CDU/CSU supporters, and among German voters at large. The two men enjoy good relations, but few take at face value Mr Söder’s claim to have no ambitions beyond his own state. Jens Spahn, the popular health minister, who backed Mr Laschet’s leadership bid, has been discreetly taking his own soundings about securing the nomination, though his standing has suffered after Germany’s slow rollout of covid-19 vaccines.

The effect of Mr Laschet’s win on the CDU/CSU’s standing in opinion polls will be an early test. Another will be two state elections in mid-March. In Rhineland-Palatinate, in the west, the CDU has high hopes of snatching power from the current leftist coalition. The more important is in Baden-Württemberg, an industrial powerhouse, and former CDU stronghold, in the south-west. After losing an election there in 2016 the CDU was forced to serve as junior coalition partner to the Greens. The two parties are running neck-and-neck in polls. Victory in Baden-Württemberg would bolster Mr Laschet’s claim to be a proven election-winner—and give him a strong hand should he find himself leading the CDU/CSU in coalition talks with the Greens after September’s election.

More immediately, Mr Laschet faces the tricky task of uniting his own party. Annegret Kramp-Karrenbauer, his predecessor as leader, failed to do so after defeating Mr Merz herself in 2018, and announced her resignation almost a year ago. Mr Laschet’s slim margin over Mr Merz—52.8% to 47.2%—was closer than he and other party grandees would have liked. The result proved, again, that a large number of the CDU’s rank-and-file crave a rightward shift after Mrs Merkel’s 15 years in office. The CDU, which has governed Germany for all but 20 of the last 72 years, likes to see itself as a party of power and unity rather than debilitating splits. That notion will now be tested, especially if Mr Merz fails to accept his second defeat with good grace.

Mr Laschet, an affable, modest sort, grew up in Aachen, near the Dutch and Belgian borders. After dabbling in law and journalism he spent a decade in the German and European parliaments, before returning to NRW, his home state (and Germany’s most populous) in 2005. In 2017 he led the CDU to election victory there, acquiring national stature as a result. Since then he has run a broadly harmonious coalition with the Free Democrats, a small liberal outfit.

As befits the head of a large, complex state Mr Laschet has steered a pragmatic course in government, balancing the demands of industry with Germany’s climate-protection requirements. His early support for NRW’s large migrant population—in 2005 he became the first integration minister of any German state—earned him the nickname “Turkish Armin” on the far right. Friendly with Emmanuel Macron, France’s president, and close to other European leaders, Mr Laschet backs the EU’s debt-financed recovery plan, but wants Germany’s own budget to return to balance by 2024. German state premiers have few foreign-policy responsibilities beyond Europe, but some of Mr Laschet’s past statements hint at dovishness on Russia and China.

Yet his political appeal rests less on any ideological propositions than on an ability to win elections, govern competently and build bridges to political opponents, many of whom he appointed to his cabinet in NRW. His final pitch to the CDU delegates held up the violent scenes on Capitol Hill as an example of the dangers of polarisation he said Germany must strive to avoid. More than his rivals for the CDU job, Mr Laschet pledged to follow the moderate course of Mrs Merkel, who stood down as party leader in 2018; she in turn was said to favour Mr Laschet’s bid. Germany’s chancellor remains the country’s most popular politician. But her influence will start to fade as Germans turn their attention towards the political drama that lies ahead.