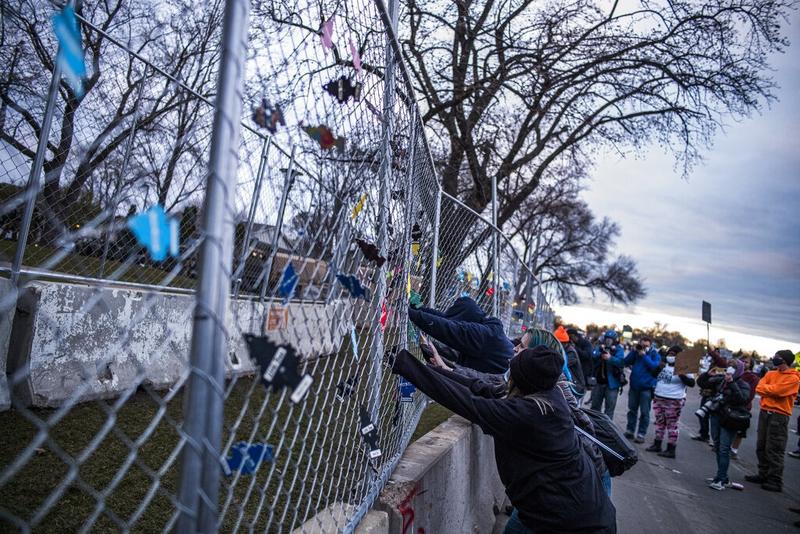 People protest near the Brooklyn Center Police Department on Thursday, April 15, 2021, in Brooklyn Center, Minnesota, over the fatal shooting of Daunte Wright, a 20-year-old black man, during a traffic stop. (PHOTO / AP)

A white former police officer faced court on Thursday in the traffic-stop shooting of a black motorist that has engulfed a Minneapolis suburb in four days of bitter conflict between protesters and police.

It was the first court appearance of Kim Potter, a 26-year Minnesota police veteran, who the previous day was charged with second-degree manslaughter in the shooting of Daunte Wright, 20, on Sunday.

“Certain occupations carry an immense responsibility and none more so than a sworn police officer,” Imran Ali, assistant chief of Washington County’s criminal division, said in a statement.

“We … intend to prove that Officer Potter abrogated her responsibility to protect the public when she used her firearm rather than her taser. Her action caused the unlawful killing of Mr Wright and she must be held accountable.”

The killing set off days of protests and unrest in the city, as civil rights activists and thousands of demonstrators demanded justice and police accountability.

The police station in the Minneapolis suburb of Brooklyn Center－where Porter stopped Wright－was barricaded behind concrete barriers and tall metal fencing, watched over by police in riot gear and National Guard soldiers with armored vehicles and assault rifles.

Agents with the Minnesota Bureau of Criminal Apprehension arrested Potter on Wednesday morning, Jill Oliveira, a spokeswoman for the bureau, said in a statement.

Potter, 48, who quit the force on Tuesday, was taken into custody before noon at the Bureau of Criminal Apprehension in St. Paul, Oliveira said. Online records for Hennepin County Jail showed she was being held without bail.

Under Minnesota law, second-degree manslaughter applies if anyone causes the death by “culpable negligence whereby the person creates an unreasonable risk, and consciously takes chances of causing death or great bodily harm to another”. The charge carries a maximum penalty of 10 years in prison and a fine of up to US$20,000.

Potter is being represented by Earl Gray, an attorney who also represents Thomas Lane.

Lane is a former Minneapolis police officer charged with aiding and abetting second-degree murder and manslaughter in the death of George Floyd, a black man who died on May 25 after white officer Derek Chauvin pressed his knee against Floyd’s neck. In Minneapolis, about 16 kilometers from Brooklyn Center, the defense for Chauvin called its first witnesses.

“While we appreciate that the district attorney is pursuing justice for Daunte, no conviction can give the Wright family their loved one back,” said Crump, who represents the Wright family, in a statement on Wednesday.

“This was no accident. This was an intentional, deliberate, and unlawful use of force.”

Rights campaigner Al Sharpton, appearing alongside Crump on Wednesday, said the second-degree manslaughter charge was “the least she should get”.

Wright’s older brother told NBC News that the family was hoping for a more serious charge against Potter.

Agencies contributed to this story.