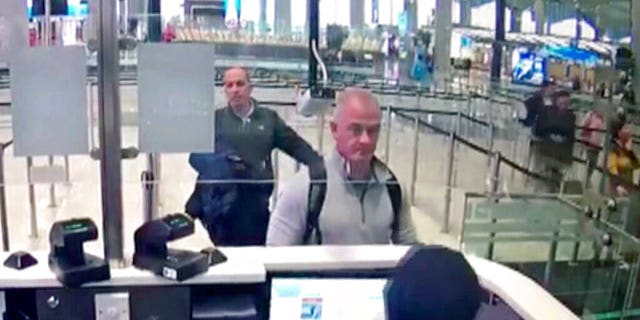 Former Green Beret and private security contractor, Michael Taylor along with his 27-year-old son Peter have won a temporary reprieve from a federal judge preventing their immediate extradition to Japan. The ruling came only hours before the pair were scheduled to board a flight to Tokyo.

Father and son are charged under Japanese law with enabling the escape of a criminal for helping former Nissan boss Carlos Ghosn to flee Japan to avoid financial criminal charges. Ghosn’s escape in December had the drama and intrigue of a Hollywood thriller and made international news. Ghosn was smuggled out to Lebanon inside a crate used for audio equipment.

On Wednesday, the U.S. State Department gave its approval for the Taylor’s extradition. Lawyers for the men issued a statement calling on the department and the White House to reconsider the decision.

CARLOS GHOSN ON JAPAN ESCAPE: ‘MY FAMILY HAD NO ROLE’

Both Taylors remain in custody at the Norfolk County Prison outside Boston. In an interview shortly before the State Department ruling, Taylor called on the US to protect them from what he considers a wrongful prosecution.

“As an American citizen we feel betrayed,” said the senior Taylor. “You know, it’s not that I’ve served in an elite part of the military that I should get special treatment. I should just get fair treatment, like every American citizen should.”

FILE – In this May 12, 2016, file photo, then Nissan Motor Co. President and CEO Carlos Ghosn arrives for a joint press conference with Mitsubishi Motors Corp. in Yokohama, near Tokyo. (AP Photo/Eugene Hoshiko, File)

In an emergency court filing on Thursday, lawyers for the father and son cite multiple reasons why the pair should not be extradited. In addition to Michael Taylor’s poor health and the risk of COVID-19, they question the integrity of the Japanese justice system and raise the risk of torture.

The legal paperwork also says Michael Taylor’s career in private security should be recognized. They say Taylor has assisted the US government and helped rescue kidnaped Americans. According to the petition, “Michael’s company has safely repatriated American citizens abducted abroad, including young children and journalists.”

The lawyers further argue Taylor and his son did nothing to justify extradition because under Japanese law, jumping bail is not a crime.

In an interview earlier this week Attorney Ty Cobb said, “We do not believe, and we have argued forcefully, that he did not violate Japanese law, that there is currently not a statute in Japan to the conduct that was at issue here. “

Taylor said he is scapegoat because the man Japan really wants, Carlos Ghosn is out of reach because Lebanon does not have an extradition treaty with Japan. “They cannot get him, so they want to come after somebody else to save face. And they are coming after myself and my son.”

Taylor said he helped Ghosn to flee Japan because he would not get a fair trial. Looking at his own legal problems now he said, “no good deed goes unpunished.”