French initiative is last chance to save Lebanon, Jumblatt says 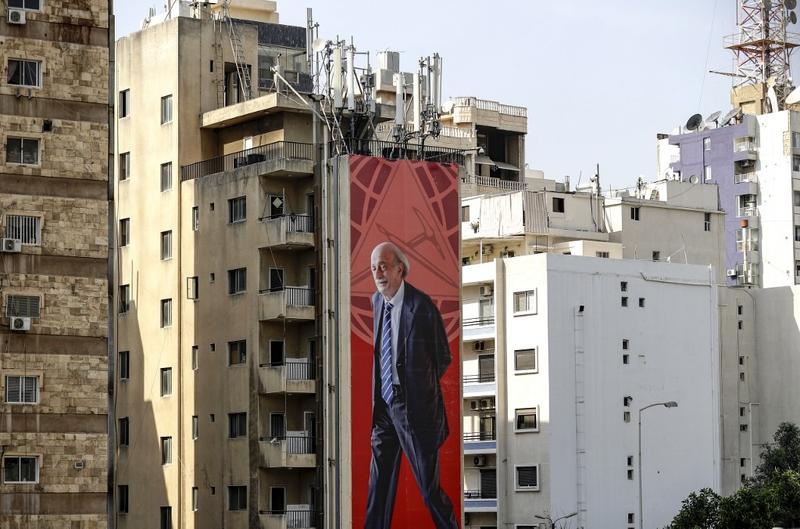 This picture taken on Oct 15, 2019 shows a giant poster depicting Lebanese Druze Leader Walid Joumblatt hanging along the side of a building in the capital Beirut. (JOSEPH EID / AFP)

BEIRUT – Leading Lebanese politician Walid Jumblatt said on Wednesday it seemed some people did not understand that French-led efforts to lift Lebanon out of crisis were the last chance to save the country.

Lebanon is in the throes of a crippling economic and financial meltdown that marks the biggest threat to its stability since the 1975-1990 civil war.

France has been leaning on its fractious politicians to set up a new government to start reforming the corruption-ridden state, but a Tuesday’s deadline that they had agreed with Paris for establishing the new cabinet has already been missed.

“It appears that some did not understand or did not want to understand that the French initiative is the last opportunity to save Lebanon and to prevent its disappearance, as the (French) foreign minister said clearly,” Jumblatt, the main figure in Lebanon’s Druze community, wrote on Twitter.

A lawmaker in a major Christian party said the country faced a critical 24 hours in which either the “logic of reason” would win and a government would be formed or Prime Minister-designate Mustapha Adib would step down.

“We have a historic opportunity via the initiative launched by President Emmanuel Macron,” Simon Abi Ramia of the Free Patriotic Movement said in a tweet.