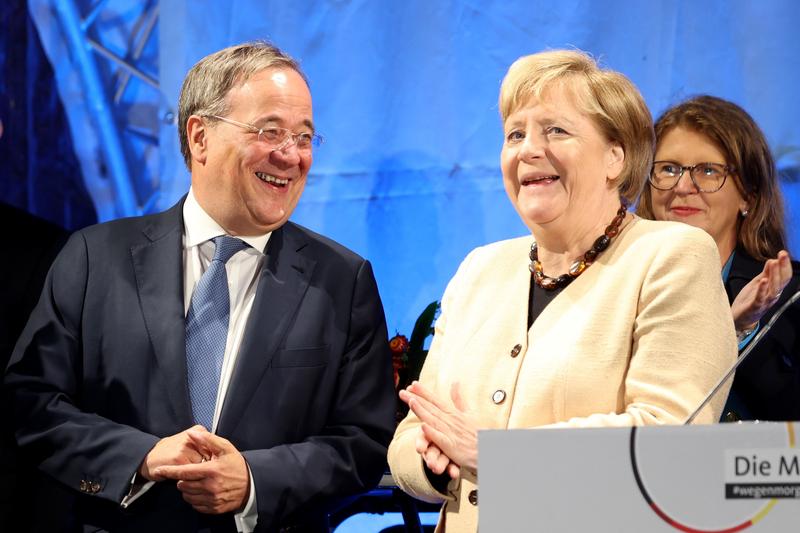 German voters are heading to the polls Sunday in a watershed election to decide who will follow Angela Merkel as leader of Europe’s biggest economy.

Merkel’s finance minister, Olaf Scholz of the center-left Social Democrats, is the narrow favorite to succeed her, although he’s seen his lead squeezed in the final days to within the margin of error.

Angela Merkel’s finance minister, Olaf Scholz of the center-left Social Democrats, is the narrow favorite to succeed her, although he’s seen his lead squeezed in the final days to within the margin of error

According to the Federal Returning Officer, around 60.4 million citizens are eligible to vote. Polling stations will be open on Sunday from 8 am (0600 GMT) to 6 pm (1600 GMT). However, at least 40 percent of eligible voters have cast their ballots by post, compared to 28.6 percent in the last election in 2017.

Polling institutions will interview voters anonymously at the exit of selected polling stations, and the initial results will be published exactly after the election ends through public broadcasters.

The election is of great importance as Merkel will no longer run for relection after almost 16 years in office. As she will retire from her political career, Germany and, to some extent, the European Union will enter a new era with unclear prospects.

The competition is so fierce that it is difficult to predict which party will garner the most seats in the Bundestag. According to the latest opinion poll results, the latecomer Social Democratic Party tops the list by only 1 to 4 percentage points ahead of Merkel’s Union Party, whose chancellor candidate is Armin Laschet, minister president of the North Rhine-Westphalia state.

Merkel’s conservative bloc is heading for its worst result ever after Laschet struggled to mobilize voters. And yet the party still has a shot at clinging on to the chancellery if enough of its traditional voters return to the fold at the last minute.

The Greens were the early front-runners but have seen their support decline steadily over the course of the campaign. Both the SPD and the CDU/CSU are counting on them as a potential coalition partner. But their hand could be weakened if they underperform polling projections — as they did last time. 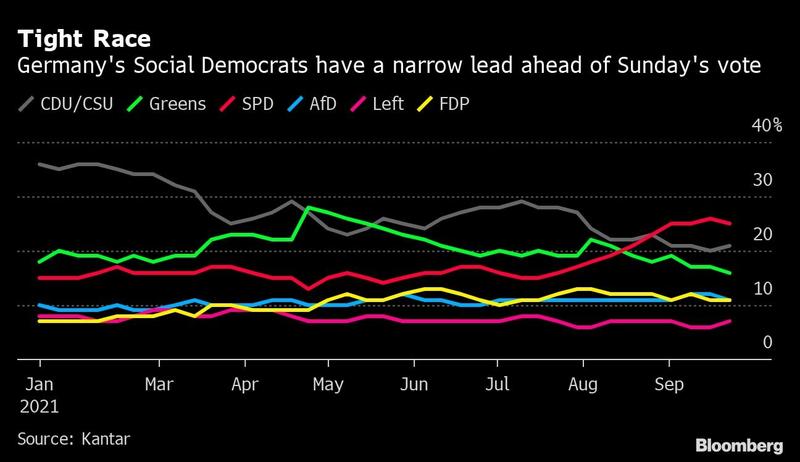 The liberal FDP has been trailing in fourth place in polls throughout the campaign. They will come into their own during the coalition negotiations. If Scholz or Laschet need a third party to secure a majority, FDP leader Christian Lindner will be in a strong bargaining position and he’s a potential finance minister with a strong commitment to budget austerity.

The Left party has been mired in sixth place but small shifts in their vote could have big consequences. If they win enough seats to give the SPD a majority with the Greens, then Scholz will come under pressure from his base to talk to them, and that could mean a lurch to the left for Germany. If they slip below the 5 percent threshold for taking seats in the next parliament, a two-party coalition between the SPD and the Greens might be on, giving Scholz a much freer hand.

Whoever does emerge as the leader of the next government will inherit a long list of challenges. Merkel steered Germany through financial crises, a wave of immigration and the COVID-19 pandemic. But she also put off tackling some of the long-term problems facing the country.

For generations, Germany’s industrial muscle has been built around the strength of its car companies. Now the shift to electric transmissions poses a unique threat to an engineering culture that has been wedded to the internal combustion engine.

Few people gave 63-year-old Olaf Scholz a chance when the campaign kicked off with the SPD languishing in third place and its support at record lows. But Scholz has been plotting his assault on the chancellery for years and he was confident the plan would pay off.