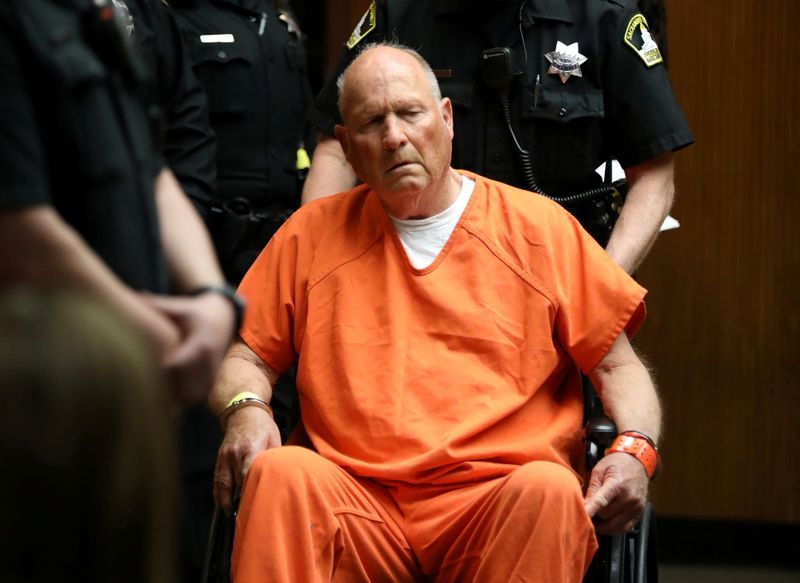 SACRAMENTO, Calif. (Reuters) – An ex-policeman accused of terrorizing California with a string of murders, rapes and break-ins attributed to a serial predator dubbed the “Golden State Killer” was expected to plead guilty on Monday at a court hearing set to be held on a university campus.

The plea deal reached between Joseph James DeAngelo, 74, and prosecutors from six California counties, according to the Los Angeles Times, would spare the defendant from the death penalty while sparing survivors and victims’ families the trauma of a trial.

Prosecutors declined to confirm the plea agreement as reported by the Times earlier this month. But Sacramento County District Attorney Anne Marie Schubert announced she and her five counterparts would hold a major news conference on Monday afternoon at Sacramento State University, following a hearing in the case.

The proceeding, like the press briefing, is to be held in a campus ballroom rather than a courthouse to allow for more socially distanced seating space amid the coronavirus pandemic.

DeAngelo was charged with 13 counts each of murder and kidnapping following his arrest in 2018, capping more than 40 years of investigation in a sprawling case that authorities said was finally solved by DNA evidence.

The breakthrough came about two months after the case gained renewed national attention in the bestselling book, “I’ll Be Gone in the Dark.” A TV documentary series based on the book was due to premiere on HBO on Sunday.

Twelve of the murder counts DeAngelo faced carried “special circumstance” allegations, such as rape of the victim, making him eligible for capital punishment. The FBI has said DeAngelo was linked with 45 rapes in all, and more than 120 burglaries in and around Sacramento, the eastern San Francisco Bay area and Southern California.

His alleged crime spree spanned a total of 10 California counties over an 11-year period – from 1975 to 1986 – and began while he was a police officer, authorities said. DeAngelo served on two small-town departments during the 1970s.

Nicknamed the Golden State Killer by investigators before he was caught, the suspect became known for creeping into the homes of couples at night, tying them up and raping the woman before killing both victims.

(Reporting by Nathan Frandino in Sacramento; Writing and additional reporting by Steve Gorman in Los Angeles; editing by Richard Pullin)