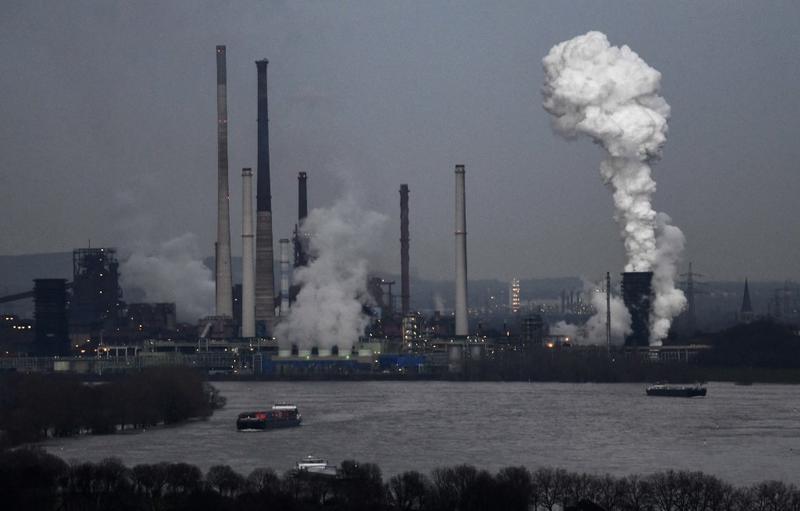 White smoke rises from the blast furnace Schwelgern at the plant of the German industrial conglomerate ThyssenKrupp in Duisburg, western Germany, on Feb 4, 2021. (INA FASSBENDER / AFP)

LONDON – Global carbon dioxide emissions dropped by 5.8 percent in 2020 as the COVID-19 pandemic slowed economic activity, but they rebounded at the end of the year and are on course to rise further, the International Energy Agency said on Tuesday.

Major economies led a rebound in December when emissions were 2 percent, or 60 million tonnes, higher than in December 2019, as a pick-up in economic activity increased energy demand.

In India, the world’s third biggest emitter, emissions rose above 2019 levels from last September as economic activity increased and restrictions were relaxed.

“The rebound in global carbon emissions toward the end of last year is a stark warning that not enough is being done to accelerate clean energy transitions worldwide,” Fatih Birol, IEA executive director, said.

“If current expectations for a global economic rebound this year are confirmed, and in the absence of major policy changes in the world’s largest economies, global emissions are likely to increase in 2021,” he added.

Primary energy demand fell 4 percent in 2020 as lockdowns and other restrictions limited industrial activity and transport.

This prompted an unprecedented decline of almost 2 billion tonnes of carbon dioxide – the equivalent of removing all the European Union’s emissions from the global total, the IEA said.

In the global power sector last year, emissions fell by 3.3 percent, the largest absolute fall on record. Although energy demand decreased, the growth of renewables generation was the biggest contributor to the fall.