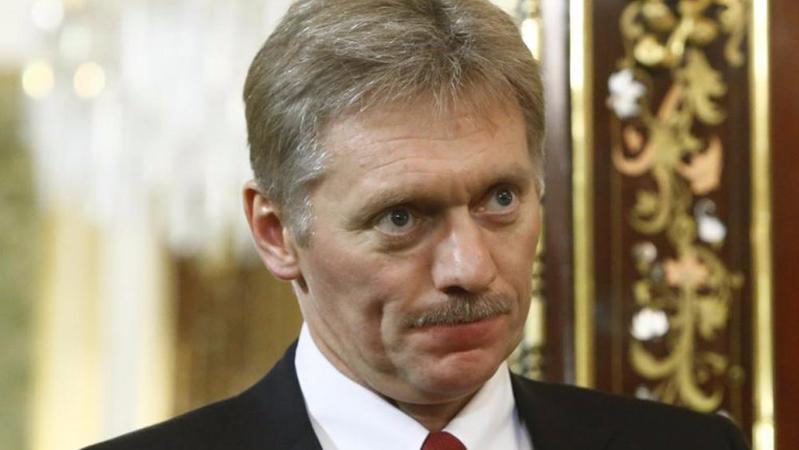 Kremlin spokesman Dmitry Peskov attends a meeting of Russian President with Japanese Prime Minister Shinzo Abe (not in the picture) at the Kremlin in Moscow on April 27, 2017. (Sergei Karpukhin / POOL / AFP)

MOSCOW – The Kremlin said on Wednesday the Nord Stream 2 gas pipeline from Russia to Germany should not be linked to the case of opposition politician Alexei Navalny.

German Chancellor Angela Merkel has faced calls to halt the nearly-complete pipeline bringing Russian gas to Germany in response to the suspected poisoning of Navalny in Siberia last month.

Speaking to reporters on a conference call, Kremlin spokesman Dmitry Peskov said Nord Stream 2 should not be raised when discussing the Navalny case.

“It should stop being mentioned in the context of any politicization,” he said. “This is a commercial project that is absolutely in line with the interests of both Russia and European Union countries, and primarily Germany.”

Moscow says it has yet to see proof the 44-year-old opposition politician was poisoned with a Novichok nerve agent. Peskov reiterated that Russia was hoping to cooperate with Germany on the case but that its efforts to do so had so far been rebuffed.

Led by Russia’s Gazprom with western partners, the Nord Stream 2 project, which will double the capacity of the existing Nord Stream 1 pipeline from Russia to Germany, is more than 90 percent complete and scheduled to operate from early 2021.

In a sign that Russia is determined to press on with the politically charged project, a Gazprom vessel has departed St Petersburg for Mukran, the pipeline’s supply base in Germany, ship tracking data showed on Wednesday.

On Tuesday Navalny posted a photograph on Instagram of him sitting up in his Berlin hospital bed and surrounded by his family. He said he could now breathe independently after having been in a coma following his poisoning.