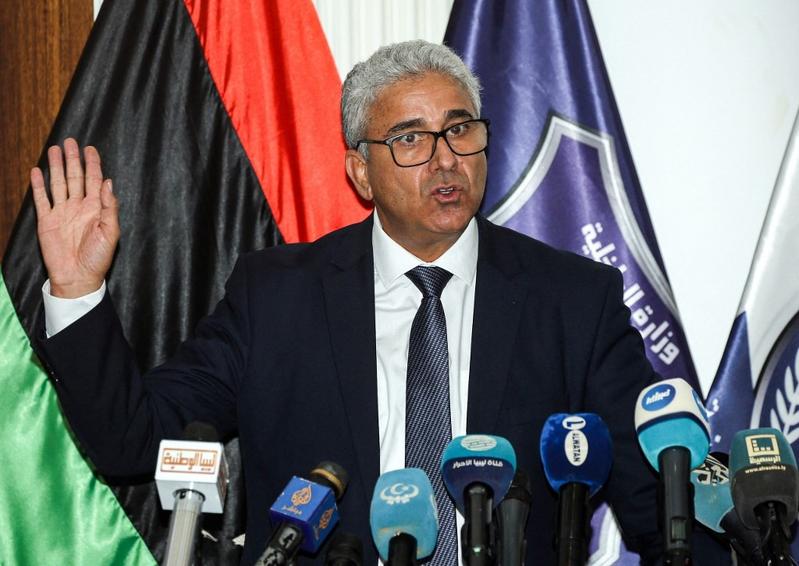 A file photo taken on July 28, 2020 shows Fathi Bashagha, Interior Minister of Libya’s UN-recognised Government of National Accord (GNA), addressing a press conference at the Tajura Training Institute, southeast of the GNA-held capital Tripoli. The interior minister of Libya’s unity government survived an assassination attempt on Feb 21, 2021 on a highway near the capital Tripoli, said an official from his inner circle. (MAHMUD TURKIA / AFP)

TRIPOLI – Libyan Interior Minister Fathi Bashagha said he escaped a “well-planned” assassination attempt on Sunday in which gunmen fired on his motorcade in the capital Tripoli, though an armed force that said its members were involved disputed his account.

Bashagha said a vehicle started encroaching on his convoy and people inside the vehicle opened fire, leading to an exchange of fire in which one of his guards and one of the attackers were killed.

“It is not an incident that came by chance, but was well-planned,” Bashagha said.

His guards pursued the vehicle and it overturned, he said, adding that they arrested two people, one of whom was wanted by police.

It is not an incident that came by chance, but was well-planned.

The Stabilisation Support Apparatus, an armed force set up by outgoing Prime Minister Fayez al-Sarraj this year, said in a statement posted online that Bashagha’s guards had opened fire on one of its vehicles as it passed his convoy.

UN envoy Jan Kubis condemned the incident and called for an investigation, saying on Twitter that “such reckless acts pose threats to stability and security and aim at derailing the political process”.

The incident comes as the internationally recognised Government of National Accord (GNA), in which Bashagha serves, prepares to make way for a new interim government selected in a UN-led process aimed at unifying Libya’s warring factions. 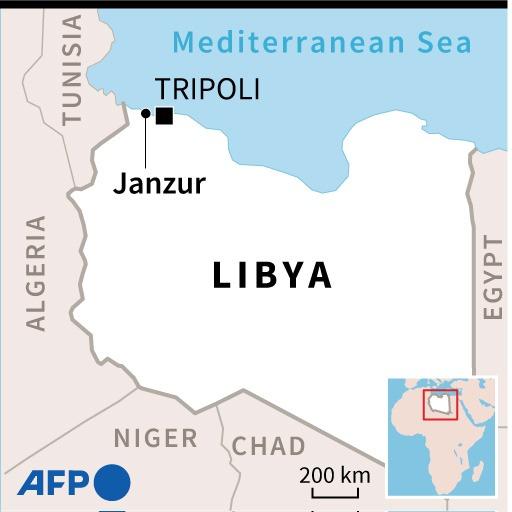 Bashagha was a losing candidate to become prime minister of the unity government, but has made public statements of support for the new administration.

As interior minister, Bashagha had pledged to rein in armed groups that have held power on the ground in western Libya since a 2011 uprising and often enjoy official status.

Recent weeks have been relatively calm, but heavy gunfire could be heard from central Tripoli overnight between Saturday and Sunday. More gunfire was heard in the city centre late on Sunday.

The US ambassador to Libya, Richard Norland, said in a statement condemning the incident that Bashagha’s “focus on ending the influence of rogue militias has our full support”.