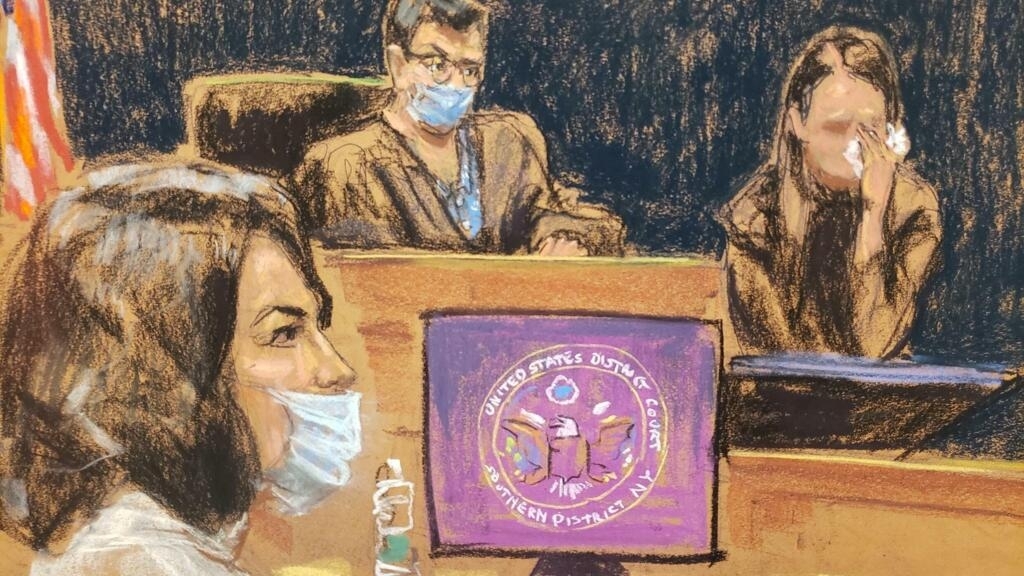 A woman testified at the sex trafficking trial of Ghislaine Maxwell on Tuesday that the British socialite was sometimes present when she was sexually abused as a teenager by the late US financier Jeffrey Epstein.

The woman, identified only as “Jane,” is the first of four women expected to take the witness stand during Maxwell‘s trial in Manhattan.

Maxwell is accused of grooming underage girls who were sexually exploited by Epstein, who committed suicide in a New York prison in August 2019 while awaiting trial.

The 59-year-old heiress has pleaded not guilty to six counts of enticing and transporting minors for sex that could send her to prison for up to 80 years.

Under questioning from prosecutors, Jane said she met Epstein and Maxwell at a summer arts camp in Michigan in 1994 when she was 14 years old.

She said Maxwell and a little terrier dog approached her while she was eating ice cream with friends.

Epstein joined them and they chatted, she said. Maxwell and Epstein told her they were camp benefactors.

“He seemed very interested to know what I thought about the camp,” Jane said.

Jane said her father, a music conductor, had died of leukemia nine months earlier. The family was bankrupt and had lost their home in Palm Beach, Florida.

Epstein and Maxwell said they also lived in Palm Beach and asked for her phone number, she said. Jane gave them her mother’s landline.

Epstein invited her and her mother over for tea a few days after she started eighth grade and told her he likes to mentor young students, Jane said.

Jane said she started going over to Epstein’s home by herself and Maxwell was often present. “I assumed they were married,” she said, or “she works for him.”

She said her mother was not invited on these visits during which they would “hang out,” “chit chat,” shop and go to the movies.

She said Maxwell would ask her about boyfriends and talk about sex, and was sometimes topless by the pool. “She seemed a little bit odd and quirky… but she was nice.”

Epstein started giving her money to give to her mother and would buy her clothes and pay for voice lessons.

Jane, who wiped away tears with a tissue and whose voice cracked at times, said the first sexual contact was when she was 14.

“I was frozen in fear. I’d never seen a penis before,” she said. “I was terrified and felt gross.”

Jane said she didn’t tell anyone because she “felt ashamed.”

She said sexual encounters became routine after that with Maxwell sometimes present.

Maxwell would instruct Jane on “how Jeffrey likes to be massaged,” she said.

“It made me feel confused,” Jane said. “It was very embarrassing. You have all these mixed emotions when you’re 14, you don’t know what’s going on.”

Jane said she traveled with Epstein and Maxwell maybe 10 times when she was aged 14, 15 and 16.

Visoski said he was told when VIPs would be aboard because “you’d want to make sure the plane looked nice.”

The presence of numerous celebrities on flights to Epstein’s luxury properties around the world has been previously reported.

Visoski said he never saw any sexual activity on the planes, but the cockpit door was always closed in flight.

“I certainly did not,” he said when asked if he witnessed sexual activity with minors.

Visoski said he did not recall ever seeing anyone who looked younger than 18 to 20 years old with the exception of girls traveling with their families.

He said he recalled Jane as a “mature woman, with piercing powder blue eyes.”

Maxwell, the daughter of the late British newspaper baron Robert Maxwell, appeared in court on Tuesday masked and wearing a similar beige sweater and black slacks that she wore the previous day.

Her defense attorney, Bobbi Sternheim, said Monday that her client was a “target” being blamed for the late Epstein’s crimes.

The trial is expected to stretch over six weeks.