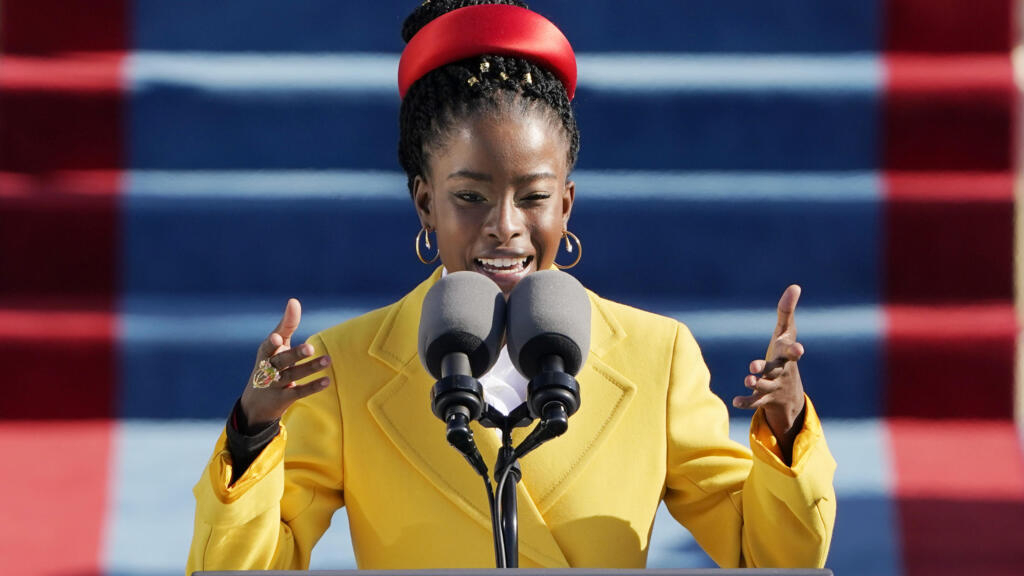 President Joe Biden’s poet woke up a superstar on Thursday, after a powerful reading at the US inauguration a day earlier catapulted 22-year-old Amanda Gorman to the top of Amazon’s bestseller list.

Hours after Gorman’s electric performance at the swearing-in of President Joe Biden and Vice President Kamala Harris, her two books – neither out yet – topped Amazon.com’s sales list.

While poetry’s popularity is on the up, it remains a niche market and the overnight adulation clearly caught Gorman short.

“Thank you so much to everyone for supporting me and my words. As Yeats put it: ‘For words alone are certain good: Sing, then’.”

Gorman, the youngest poet in US history to mark the transition of presidential power, offered a hopeful vision for a deeply divided country in Wednesday’s rendition.

“Being American is more than a pride we inherit. It’s the past we step into and how we repair it,” Gorman said on the steps of the US Capitol two weeks after it was stormed by a mob and following a year of global protests for racial justice.

“We will not march back to what was. We move to what shall be, a country that is bruised, but whole. Benevolent, but bold. Fierce and free.”

Gorman told The Associated Press last week that she planned to combine a message of hope for Biden‘s inauguration without ignoring “the evidence of discord and division”. She had completed a little more than half of “The Hill We Climb” before the January 6 siege by supporters of then-president Donald Trump.

“That day gave me a second wave of energy to finish the poem,” Gorman told the AP.

Her performance on Wednesday stirred instant acclaim, with praise from across the country and political spectrum, from the Republican-backing Lincoln Project to former President Barack Obama.

A graduate of Harvard University, Gorman says she overcame a speech impediment in her youth and became the first US National Youth Poet Laureate in 2017.

She has now joined the ranks of august inaugural poets such as Robert Frost and Maya Angelou.

Mindful of the past, Gorman wore earrings and a caged bird ring – a tribute to Angelou’s classic memoir “I Know Why the Caged Bird Sings” – given to her by TV host Oprah Winfrey, a close friend of the late writer.

Gorman’s social media reach boomed, with her tens of thousands of followers ballooning into a Twitter fan base of a million-plus.

“I have never been prouder to see another young woman rise! Brava Brava, @TheAmandaGorman! Maya Angelou is cheering – and so am I,” tweeted Winfrey.

Gorman’s books are both due out in September.