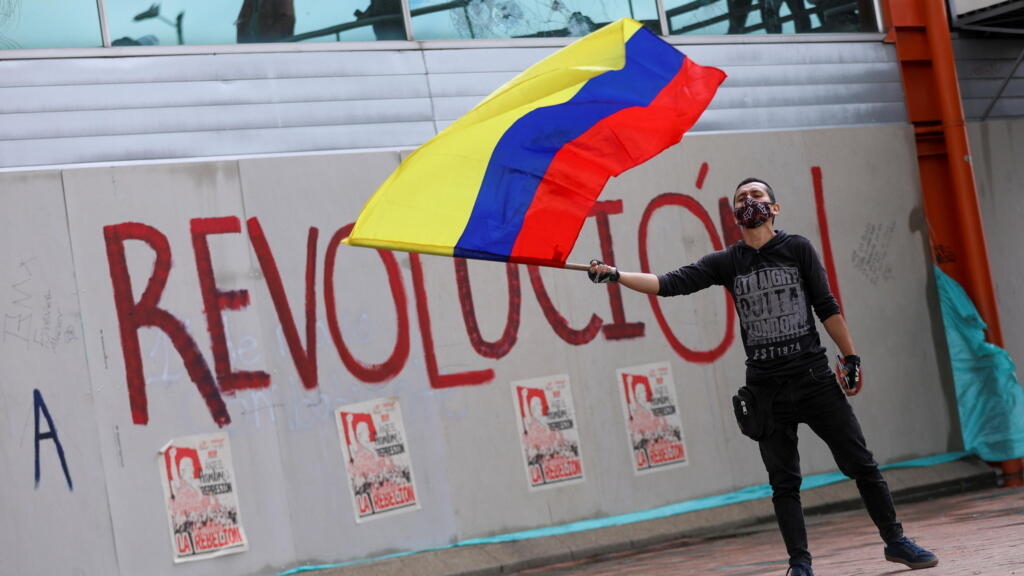 A meeting between Colombian protest leaders and President Ivan Duque broke up on Monday with little sign of progress on curbing nearly two weeks of sometimes deadly anti-government protests.

Protest leaders said the government had not shown empathy for their demands, while the government emphasised the meeting was exploratory and said it wanted to reach agreements with demonstrators.

Protests, fueled by outrage at a now-canceled tax plan, began on April 28. Amid more than 20 deaths, mostly of marchers, demands have expanded to include action to tackle police violence and the withdrawal of a long-debated health reform.

The National Strike Committee, made up of major unions and student groups, attended the meeting with Duque, other government officials and representatives from the United Nations and the Catholic Church.

“There was not empathy from the government with the reasons, with the demands that have taken us to this national strike,” said Francisco Maltes, president of the Central Union of Workers (CUT).

The meeting was an echo of similar discussions held after protests in 2019, to little result, student leader Jennifer Pedraza said.

“The discourse of President Ivan Duque was permissive toward the excesses of the security forces,” she said, calling on Colombians to participate in further protests on Wednesday.

“There was an environment of listening and of respect,” said High Peace Commissioner Miguel Ceballos, speaking on behalf of the government. “I repeat before the country: the clear, express willingness of the president of the republic is to create a space to reach deals.”

Attendees agreed on the need to reject violence, said Ceballos, who repeated a government call for road blockades around the country to be lifted. The government has proposed a further meeting with the strike committee, he said.

Protests continued in several cities on Monday, with an estimated 13,000 participants according to a police estimate.

Duque made a lightning-fast visit to the city of Cali – a protest epicenter – earlier on Monday, after it was the scene of weekend violence which left over a dozen injured.

Nine indigenous demonstrators, who were marching as part of a “minga” or protest, were wounded by gunshots, the Regional Indigenous Council of Cauca said in a statement on Sunday.

The human right ombudsman has reported 26 people killed since protests began, but says seven were unrelated to the marches themselves.

Human Rights Watch said it has reports of 38 deaths, while local rights groups Temblores and Indepaz have reported 47 killings, the majority by police.