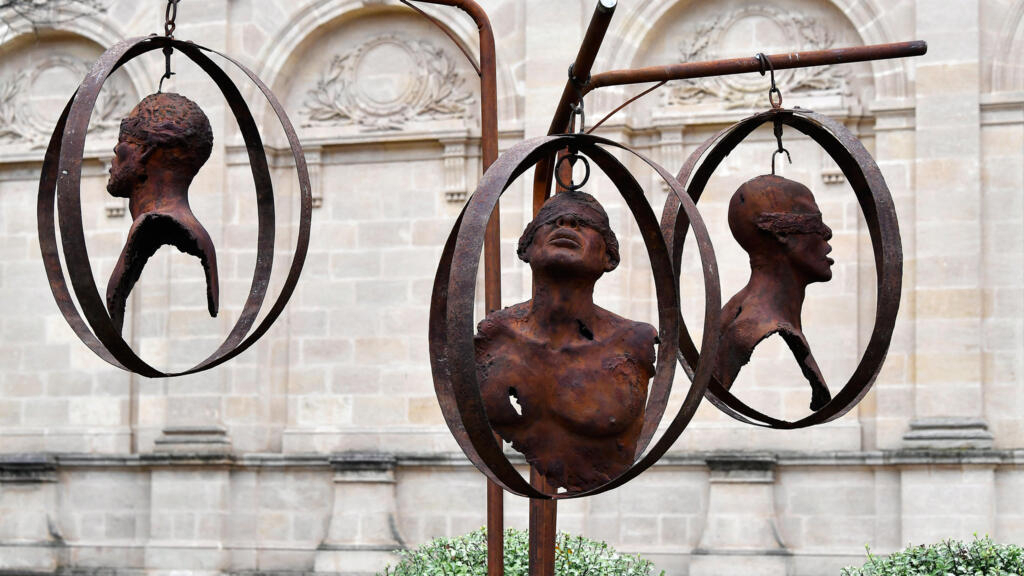 The US House of Representatives’ Judiciary Committee voted Wednesday to advance a bill that would create a commission to study the idea of reparations for slavery, an idea that has also been gaining ground in Europe since Black Lives Matter protests went global last summer.

Legislation to create a commission to study slavery reparations for Black Americans cleared a House committee in a historic vote this week, sending it on its way to a full House vote for the first time more than three decades after it was introduced. If the legislation, HR 40, is passed by the Democrat-controlled House it would go to the evenly divided Senate, with Democratic Vice President Kamala Harris casting the tie-breaking vote.

“Reparations are ultimately about respect and reconciliation – and the hope that, one day, all Americans can walk together toward a more just future,” said Democratic Congresswoman Sheila Jackson Lee of Texas, a sponsor of the bill.

Some Republicans voiced opposition to the bill, arguing that the suffering wrought by slavery happened too long ago.

“No one should be forced to pay compensation for what they have not done,” said Republican Congressman Steve Chabot of Ohio. “Paying reparations would amount to taking money from people who never owned slaves to compensate those who were never enslaved.”

The idea of compensating the descendants of the estimated 4 million Africans forcibly brought to the United States between 1619 and 1865 was revived by the wave of protests that followed the death of George Floyd in May 2020. But the first version of the legislative text advanced on Wednesday was drafted more than three decades ago.

Compensation to freed slaves was promised towards the end of the American Civil War in 1865, when Union General William Tecumseh Sherman famously promised them “forty acres and a mule”. But this vow was never kept. It took until the 1970s and the creation of the Reparations Coordinating Committee by Harvard law professor Charles Ogletree for the issue to re-emerge.

Proponents of reparations, however, remain divided about what form they should take. Some argue for more welfare programmes and an expansion of existing measures such as affirmative action. Others argue for direct financial compensation – citing fact that there is still severe economic inequality between Black and White Americans, and maintaining that the long-term effects of slavery and segregation are responsible. In 2019, the median annual income for an African-American household was $43,771 compared to $71,664 for White families.

Advocates of compensation have also cited historical precedents: In 1988, Republican president Ronald Reagan signed a 1988 law to pay $20,000 each to all surviving Japanese-Americans detained during the World War Two. In 2012, Barack Obama’s White House agreed in 2012 to pay more than $1 billion to 41 Native American tribes over the federal government’s mismanagement of money and natural resources held in trust.

Partly inspired by the Black Lives Matter movement, demonstrators in Bristol in southern England toppled a statue of 18th-century slave trader Edward Colston and tipped it into the nearby harbour last June.

That same month, UN High Commissioner for Human Rights Michelle Bachelet called on former colonialist countries to “make amends for centuries of violence and discrimination, including through formal apologies, truth-telling processes and reparations in various forms”.

In 2013, the Caribbean Community (or CARICOM), an intergovernmental organisation of 15 states in the region, believes that France, the Netherlands, the UK, Spain, Portugal, Norway, Sweden and Denmark should pay compensation for their role in the transatlantic slave trade between the 16th and 19th centuries.

Senior politicians in the Democratic Republic of Congo demanded reparations from the country’s former colonial ruler Belgium after the 2020 publication of a letter of regret from Belgian King Philippe for atrocities committed during that era. They also called for the removal of statues of King Leopold II, known for his brutal rule of what was then Belgian Congo. DR Congo’s neighbour Burundi has been calling for years for €36 billion in compensation for atrocities committed by German and Belgian settlers from 1896 to 1962.

In 1999, A 1999 Truth Commission Conference held in Ghana estimated the total amount of reparations owed to African countries by former colonial powers at $777 trillion.

An association of descendants of slaves filed a request with the French state for €200 billion in compensation in 2005 on the grounds that France’s historical participation in slavery was recognised as a crime against humanity in a 2001 law (known as the Taubira law). But a court ruled that this request was inadmissible because it was impossible to discern the amount due for events that happened so long ago. The judgement was confirmed by France’s two highest courts of appeal.

The Afro-Caribbean groups behind the demands rejected the court rulings on the grounds that France had compensated slave owners when it abolished slavery in 1848. The following year, the French state disbursed the equivalent of 7.1 percent of public spending to compensate the owners of slaves in Senegal, Madagascar, Reunion Island, Guadeloupe, Martinique and Guyana.

In 1825, France imposed a considerable debt on Haiti – which had won independence in 1804 – as compensation for the French former owners of slaves there. The young Haitian republic was also forced to pay colossal interest on loans from bankers in Paris.

A French research initiative known as the Repairs project is building a database to log the names of those who received compensation as former slave owners and the amount paid to them.

The British Empire also compensated slave owners when it abolished slavery in 1833.

Some historians note that a significant number of these former slave owners were “free people of colour” – former slaves who themselves became owners of slaves.

“We tend to see the history of slavery exclusively through the lens of White on Black racial oppression, but this is problematic because race is not the only criterion to be taken into account when thinking about the history of slavery,” said Myriam Cottias, director of the Paris-based International Slavery and Post-Slavery Research Centre (Centre international de recherches sur les esclavages et post-esclavages).

In light of this, it “seems to me that it would be very difficult, if not impossible, to identify the right people to receive compensation”, Cottias continued.

In 2015, then French president François Hollande ruled out paying any compensation to the descendants of slaves. “It would be impossible to calculate because it was so long ago,” he said.

While no country involved in the transatlantic slave trade has established reparations for the descendants of slaves, other initiatives have been set up. In the US, the local council of the prosperous town of Evanston in the Chicago suburbs voted in March to hand out $10 million in compensation to its Black residents over the following decade.

In 2019, Georgetown University in Washington, DC, approved the creation of a fund to compensate the descendants of slaves sold to balance the university’s books in the 19th century. That same year, Glasgow University in Scotland announced that it would pay £20 million ($27.7 million) to fund a joint venture with the University of the West Indies as a way of refunding the descendants of slaves for donations it had received centuries ago from slave owners.

In the private sector, Royal Bank of Scotland, Lloyds Bank and brewer Greene King have acknowledged responsibility for their involvement in the transatlantic slave trade. So far, no French company has acknowledged involvement in slavery or offered compensation.