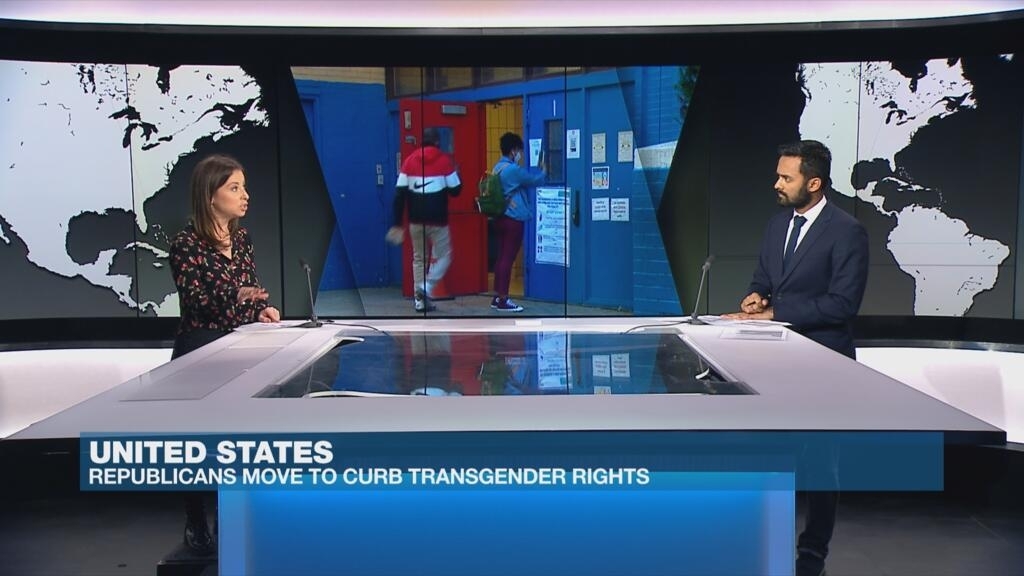 In a setback for transgender rights, the Senate in the US state of Arkansas has approved a ban on gender-conforming treatments for minors. If enacted, the bill would prohibit doctors from providing gender-conforming drugs or surgery to minors. The move comes as lawmakers in more than 20 states have moved to ban transgender women and girls from female sports this year, with Republican governors in three states – Arkansas, Tennessee and Mississippi – signing them into law. For more on this story, we speak to FRANCE 24’s Olivia Salazar-Winspear.

Also in the US, prosecution witnesses testified against former Minneapolis police officer Derek Chauvin, who is on trial over the murder of George Floyd. On Tuesday, jurors heard from a teenager who recorded the video showing Chauvin kneeling on Floyd’s neck for nearly nine minutes, which was viewed by millions of people around the world.

Meanwhile, all three leaders of Brazil’s armed forces have resigned. The move comes after the country’s defence minister was replaced by the president. Jair Bolsonaro recently reshuffled his cabinet as his popularity sinks to new lows over how he’s handled the Covid-19 pandemic.

Finally, one in ten migrants trying to make their way into the US illegally is a minor. Many make the journey across Central America alone by foot, in search of at least one parent. The journey is long, dangerous and comes with no guarantees. Central American families that are turned away from the US find themselves in a precarious situation in Mexico. They are forced to survive with many children and no income. Our correspondents Laurence Cuvillier and Gwendolina Duval report from the border city of Ciudad Juarez.