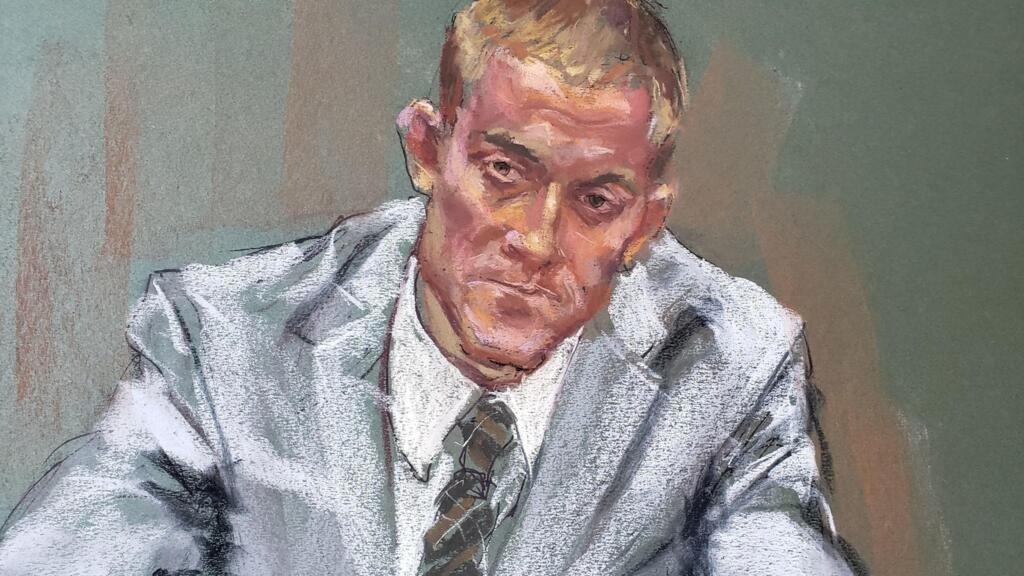 A paramedic testified on Thursday that George Floyd was already dead when he arrived at the scene and Minneapolis police officer Derek Chauvin, who is being tried for murder, still had his knee on the neck of the 46-year-old Black man.

“When I showed up he was deceased and I dropped him off at the hospital and he was still in cardiac arrest,” paramedic Derek Smith said on the fourth day of Chauvin’s trial on murder and manslaughter charges.

Chauvin, 45, was captured on video kneeling on the neck of a handcuffed Floyd for more than nine minutes during Floyd’s May 25, 2020 arrest for passing a counterfeit $20 bill.

The video of Chauvin, who is white, restraining Floyd went viral and sparked protests against racial injustice and police brutality around the world.

Prosecutors are seeking to prove that Chauvin’s actions led to Floyd’s death while the ex-officer’s attorney claims that he died due to illegal drug use and underlying medical conditions.

Smith said Chauvin and other police officers were still on top of Floyd when he and fellow paramedic Seth Bravinder arrived on the scene in an ambulance.

Smith said he checked the carotid artery in Floyd’s neck to see if he had a pulse. “I did not feel one,” he said. “In lay terms, I thought he was dead.”

Smith said Floyd was loaded into the ambulance and they tried to revive him using chest compressions and a defibrillator.

Their efforts were unsuccessful.

“He’s a human being and I was trying to give him a second chance at life,” Smith said.

Bravinder also told the court that when he and Smith arrived Floyd was “unresponsive.”

“I did not see him moving or breathing,” he said. “He was limp.”

Also testifying on Thursday was the police sergeant who had been Chauvin’s shift supervisor on the day of the incident.

David Pleoger, who has since retired, was asked by prosecutors to give his opinion about the use of force in Floyd’s arrest.

“When Mr. Floyd was no longer offering up any resistance to the officers they could have ended their restraint,” Pleoger said.

Courteney Ross, Floyd’s girlfriend of nearly three years, also appeared as a witness and she was questioned extensively about Floyd’s history of drug use.

Ross, a 45-year-old mother of two, said she had been Floyd’s girlfriend since August 2017.

She cried as she recounted their first meeting, which took place at a homeless shelter where Floyd was working as a security guard.

Ross said she had gone there to visit the father of one of her sons and Floyd saw her looking sad in the lobby and asked if he could “pray” with her.

Ross acknowledged that both she and Floyd had struggled with opioid addiction.

“We both suffered from chronic pain,” she said. “Mine was in my neck and his was in his back. We got addicted and tried really hard to break that addiction, many times.”

Ross said they each had prescriptions for pain relievers but sometimes they got pills on the “black market.”

She said Floyd had been hospitalized for several days in March 2020 for an overdose.

Floyd had been “clean” after that, she said, but he appeared to have begun using pills again in the two weeks before his death.

Eric Nelson, Chauvin’s attorney, asked Ross whether Floyd had purchased pills previously from Morries Hall, who was with Floyd the day that he died.

Ross said she believed that he had at times obtained pills from Hall.

Hall filed a notice with the court on Wednesday that if he is called to testify at Chauvin’s trial he will invoke his Fifth Amendment right against self-incrimination.

Ben Crump, a Floyd family attorney, released a statement after Ross’s testimony denouncing what he called “defense attempts to construct the narrative that George Floyd’s cause of death was the Fentanyl in his system.”

“We want to remind the world who witnessed his death on video that George was walking, talking, laughing, and breathing just fine before Derek Chauvin held his knee to George’s neck, blocking his ability to breathe and extinguishing his life,” Crump said.

Police body camera footage of Floyd’s arrest was shown on Wednesday to the nine-woman, five-man jury hearing the case in a heavily guarded Minneapolis courtroom.

On the footage, a distressed Floyd says repeatedly that he “can’t breathe” and calls for his mother until he eventually passes out.

Chauvin, a 19-year veteran of the police force, faces up to 40 years in prison if convicted of the most serious charge—second-degree murder.

The other three former police officers involved in the arrest—Tou Thao, Thomas Lane, and J. Alexander Kueng—are to be tried separately later this year.