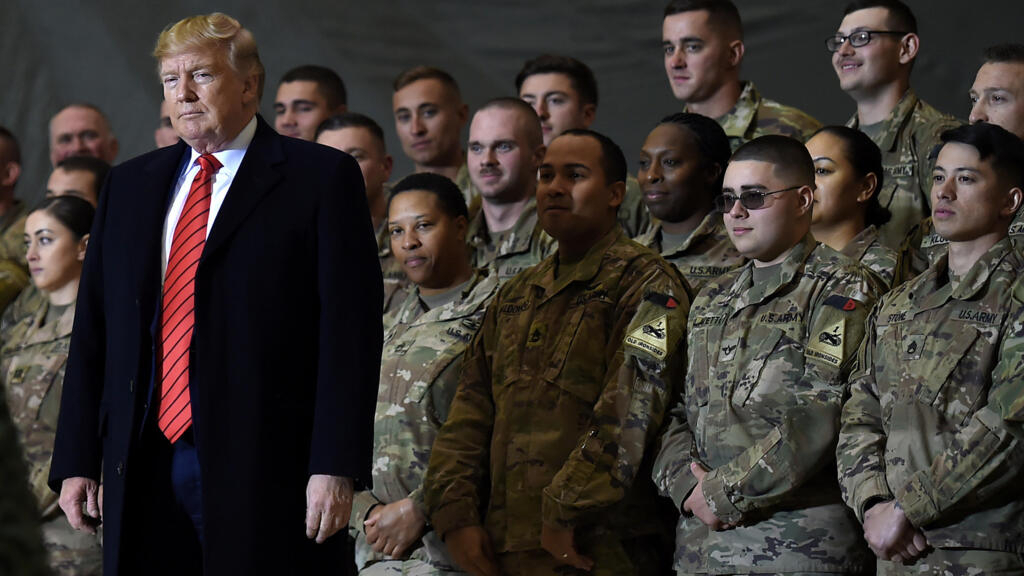 The US military has cut troop levels in Afghanistan and Iraq to 2,500 each, their lowest levels in the nearly two decades since the wars began, the Pentagon announced Friday.

Outgoing President Donald Trump, seeking to fulfill a campaign promise to end the two wars launched after the 9/11 attacks, had ordered force levels slashed in both countries to that level by January 15 — despite initial pushback from the Pentagon.

Acting Secretary of Defense Chris Miller said progress towards peace in both countries permits the cuts without a decrease in security for Americans and their counterparts.

“Today, the United States is closer than ever to ending nearly two decades of war and welcoming in an Afghan-owned, Afghan-led peace process to achieve a political settlement and a permanent and comprehensive ceasefire,” he said in a statement.

More cuts, he said, depend on the progress of the peace talks between the Afghanistan government and Taliban insurgents.

“Today, U.S. forces in Afghanistan total 2,500 — a force level conducive to both our counterterrorism mission and our resolve, with our NATO partners, to support Afghan Security Forces working to secure peace in their country.” A/SD Chris Miller

The US invaded Afghanistan on October 7, 2001, in the wake of the 9/11 attacks. The Taliban regime then in place had hosted Al Qaeda mastermind Osama bin Laden.

The regime were quickly toppled but launched an insurgency and in recent years have seen a resurgence, with violence soaring across the country since NATO withdrew its combat forces in 2014 and civilians paying a disproportionate price.

Washington struck a deal with the Taliban in Doha, Qatar on February 29, 2020 to begin withdrawing in return for security guarantees from the militants and a commitment to peace talks with Kabul.

Those talks are ongoing, but have stuttered amid violence and accusations of slow progress. Meanwhile the Taliban has continued its deadly attacks on Afghan security forces and civilians alike.

Even as the drawdown was announced on Friday, officials in Afghanistan said that at least nine Afghan security personnel were killed when Taliban militants attacked police checkpoints overnight in the restive northern province of Kunduz.

The drawdown in Afghanistan is faster than initially planned under the terms of the US-Taliban deal.

Miller took over as Pentagon chief after Trump fired his predecessor Mark Esper in November, in part because he had quietly but stiffly insisted that the level should stay at 4,500 troops until the Taliban followed through on reducing violence.

Some defense analysts, however, welcomed the news — not because it “represents a victory, but because it’s an overdue recognition of failure,” according to a statement from the Defense Priorities think tank.

“Calls to keep troops there, perhaps relabeled as a counterterrorism force, would violate the deal and likely pull US forces back into the civil war,” it said.

“Nor is their presence likely to make a Taliban peace deal with the Afghan government much more likely. Sadly, peace is unlikely — no matter what the US does.”

Miller said the Pentagon aims at “further reducing US troop levels to zero by May of 2021,” but added that “any such future drawdowns remain conditions-based.”

NATO — whose chief Jens Stoltenberg has warned against a hasty Afghan withdrawal for fear the country could again become a “platform for international terrorists” — still maintains a force of less than 11,000 in the country, an official said.

On Iraq, Miller said the US force reduction reflects “the increased capabilities of the Iraqi security forces.”

He added, though, that the reduction “does not equate to a change in US policy.”

“US and Coalition forces remain in Iraq to ensure the enduring defeat of (the Islamic State group).”

“We will continue to have a counterterrorism platform in Iraq to support partner forces with airpower and intelligence,” he said.