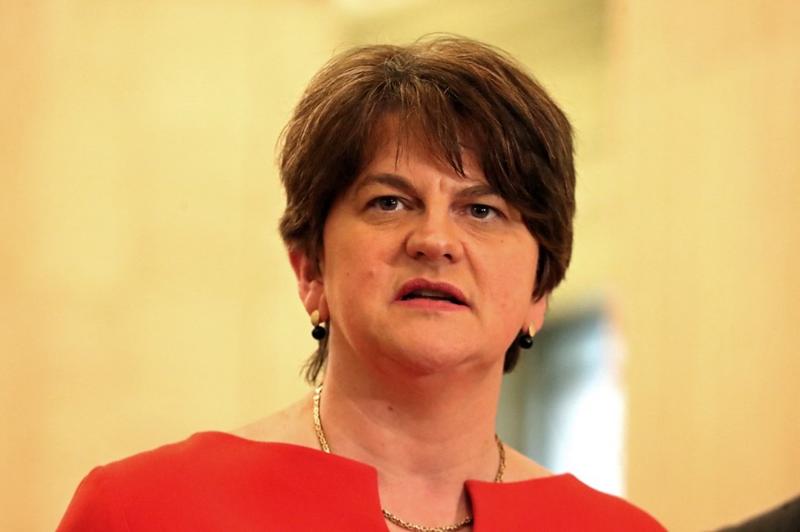 In this Jan 13, 2020 photo, Northern Ireland’s First Minister, and Leader of the DUP, Arlene Foster speaks to members of the media in the Great Hall inside Parliament Buildings, the seat of the Northern Ireland Assembly, on the Stormont Estate in Belfast. (LIAM MCBURNEY / POOL / AFP)

The Democratic Unionist Party (DUP) and Ulster Unionist Party (UUP) are to join other pro-British figures to challenge the Northern Ireland Protocol, which has created trade barriers between the British region and the rest of the United Kingdom.

The protocol, which is designed to protect the European Union’s single market without creating a land border on the island of Ireland, has caused significant disruption to trade since it came into force at the start of the year.

Some British companies have halted deliveries to Northern Ireland and some supermarkets have been left with empty shelves.

ALSO READ: N Ireland to get devolved govt back after three-year gap

The DUP said several senior members would join “other likeminded unionists” as named parties in judicial review proceedings challenging the Northern Ireland Protocol’s compatibility with Act of Union 1800, the Northern Ireland Act of 1998 and the Belfast Agreement, it said in a statement.

The protocol was part of an international agreement signed by Prime Minister Boris Johnson last year.

The region’s second largest pro-British party, the Ulster Unionist Party, said in a statement it would “seek to explore every political and legal avenue to get the NI protocol annulled.”