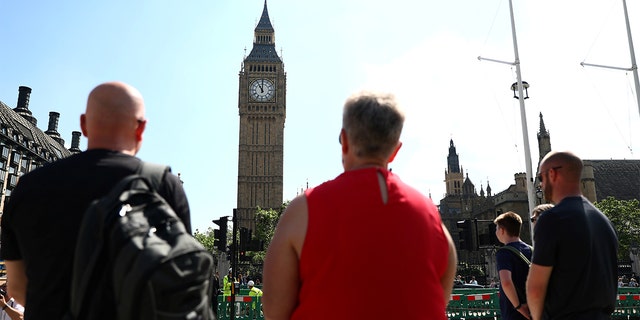 A security guard at the Ariana Grande concert in the United Kingdom where a terror attack killed 22 in 2017 said he did not approach the suicide bomber over fears he might be perceived as racist, according to local reports.

Then-security guard Kyle Lawler, who was 18 at the time, said during a public inquiry into the terror attack that he had suspicions about 22-year-old Salman Abedi, who was carrying a large backpack and wearing all black at the pop music concert, the BBC reported Tuesday.

Members of the public observe a minute’s silence following the Manchester Arena bombing, in Parliament Square in London, Britain, May 25, 2017.

“I did not want people to think I am stereotyping him because of his race,” he said in the hearing. “I was scared of being wrong and being branded a racist if I got it wrong and would have got into trouble. It made me hesitant.”

A member of the public also reported Abedi, according to the BBC. A worker at the Manchester venue alerted Lawler and the two “began observing” the suspect.

According to a transcript of his testimony, Lawler said the protocol for dealing with a suspicious person was to contact the control room via radio about the situation.

Lawler said he tried, but couldn’t get through to his superiors, according to the transcript.

“There was someone else talking on the radio at that time,” he said during the hearing.

He made more attempts and still could not get through, Lawler said.

He “gave up,” he said, but admitted he “deliberately shortened” his account of events “so no one would say, ‘Why didn’t you do something?’”

The coffins of Chloe Rutherford and Liam Curry, who were killed in the Manchester Arena bombing, arrive at St Hilda’s Church, for their funeral service in South Shields, South Tyneside, Britain June 15, 2017. REUTERS/Danny Lawson/Pool

Before the explosion. Lawler said he made eye contact with Abedi and that “a slight panic had started to set in.”

But further attempts to reach the control room failed, he said, and eventually, Lawler and another venue worker returned to their posts just before the end of the concert.

A few minutes later, Abedi set off an explosive device packed with thousands of pieces of shrapnel in an area crowded with fans, many of them children and teens. The youngest victim killed in the terror attack was 8.

Abedi’s brother, Hashem, was later convicted on murder and other charges, and he sentenced to a minimum of 55 years in prison.

The brothers were born in Manchester, but their parents were from Libya.