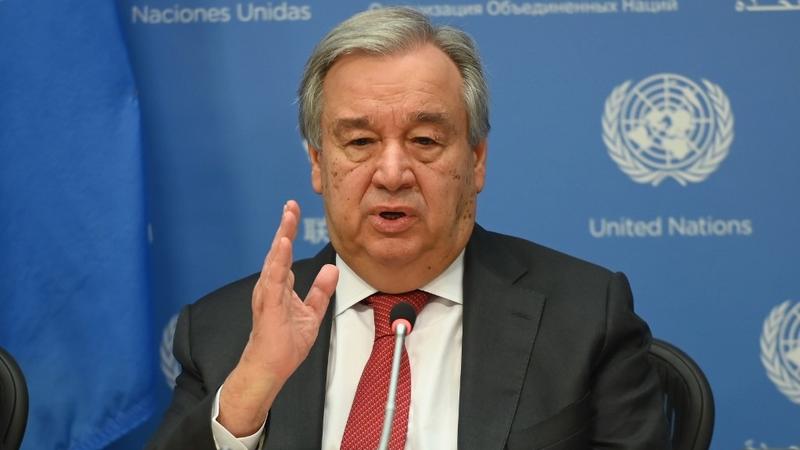 UNITED NATIONS – UN Secretary-General Antonio Guterres will use his annual address to world leaders next week to push for a global ceasefire until the end of 2020 so countries can fight the coronavirus pandemic, but he said opportunities will be lost because presidents and prime ministers are not physically in New York.

The pandemic means that some 170 heads of state and government are due to make video statements during the week-long meeting starting on Sept 22 to help mark the 75th anniversary of the 193-member world body.

The gathering to mark the start of a new session of the General Assembly has previously been dubbed diplomatic speed dating by some officials due to the hundreds of meetings that traditionally happen on the sidelines.

“It is obvious that diplomacy depends a lot on human contact. And so we will have a loss because of that, especially for what is my first priority at the present moment … the implementation of the global ceasefire,” Guterres told Reuters on Monday at the United Nations.

Since the first call for the ceasefire in March as the coronavirus spread, Guterres said there had already been some “positive signals” with peace deals in Sudan, the start of talks between Afghanistan’s government and the Taliban, a lull in violence in places like Syria, Libya and Ukraine and “intense negotiations” on a truce to lead to talks in Yemen.

“There are signals of hope, but we need to mobilize the whole of the international community to make this global ceasefire be a reality until the end of the year,” said Guterres, a former prime minister of Portugal who began a five-year term as UN chief in 2017.

Guterres said a global ceasefire would boost efforts to contain COVID-19 and help create conditions for a coordinated, sustainable, inclusive recovery from the pandemic.

He initially called for a global truce on March 23, but it took the 15-member UN Security Council more than three months to formally support his call.

Globally there have been nearly 30 million novel coronavirus infections and more than 900,000 deaths, according to a Reuters tally.

As the United Nations marks 75 years since it was established after World War Two – to prevent a similar conflict from occurring again – Guterres said multilateralism needed to reform to better reflect the world today.

“If … in this moment of truth, we are able to do the reforms necessary to have a truly net-worth multilateralism and a truly inclusive multilateralism, I do believe that multilateralism will prevail and that nationalism, populism that is spreading will, in the end, fail,” he said.

He said the pandemic and issues such as climate change, lawlessness in cyberspace and renewed nuclear proliferation show “it is clear that the world is very fragile.”

Guterres added: “My hope is that, in the present moment, leaders will be humble enough to recognize our fragility and to understand that we need unity, solidarity and international cooperation.”