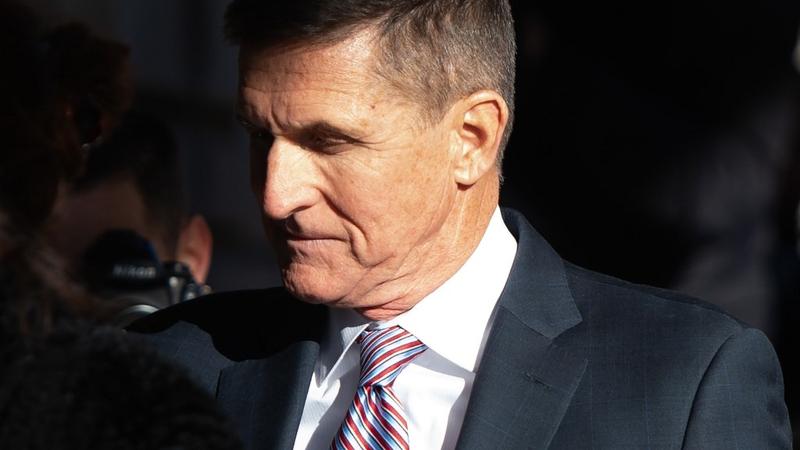 Ruling 2-1 with two Republican-appointed judges carrying the majority, a three-judge panel on the DC Circuit Court of Appeals approved Flynn’s petition to intervene in the case and ordered Sullivan to grant the Department of Justice move to drop charges against the former White House adviser

Ruling 2-1 with two Republican-appointed judges carrying the majority, a three-judge panel on the DC Circuit Court of Appeals approved Flynn’s petition to intervene in the case and ordered Sullivan to grant the Department of Justice (DOJ) move to drop charges against the former White House adviser.

If unchallenged with further appeals, the ruling exonerates Flynn after he sought to change his plea and claimed innocence, local media reported.

ALSO READ: US judge asks if ex-Trump aide Flynn should be held in contempt

“Flynn’s petition for a writ of mandamus be granted in part; the District Court is directed to grant the government’s … motion to dismiss; and the District Court’s order appointing an amicus is hereby vacated as moot, in accordance with the opinion of the court filed herein this date,” the court order read.

Sullivan had tapped an outside counsel to argue against the DOJ’s move and the panel said the judge overstepped his authority in second-guessing the prosecutors’ decision.

“In this case, the district court’s actions will result in specific harms to the exercise of the Executive Branch’s exclusive prosecutorial power,” Judge Neomi Rao, who was appointed to the circuit court by Trump, wrote in the majority opinion.

“The contemplated proceedings would likely require the Executive to reveal the internal deliberative process behind its exercise of prosecutorial discretion, interfering with the Article II charging authority,” Rao wrote.

Judge Robert Wilkins, an appointee by then democratic President Barack Obama, dissented from the decision, saying he would grant Sullivan the space to explore the DOJ’s request for dismissal.

“It is a great irony that, in finding the District Court to have exceeded its jurisdiction, this Court so grievously oversteps its own,” Wilkins wrote in his dissent.

“This appears to be the first time that we have issued a writ of mandamus to compel a district court to rule in a particular manner on a motion without first giving the lower court a reasonable opportunity to issue its own ruling,” Wilkins wrote.

READ MORE: Flynn pleads guilty to lying on Russia, cooperates with US probe

The Justice Department last month dropped its charge that Flynn had lied to the FBI about his communications with then Russian ambassador to the United States during the presidential transition period in late 2016. Democrats have slammed the DOJ decision and cited it as an example of the department becoming politicized under Attorney General William Barr.

Instead of immediately granting the motion, Sullivan appointed an outside counsel, former federal judge John Gleeson, to outline a counter-argument to the DOJ’s move.

Gleeson argued earlier this month that Sullivan should reject the DOJ’s motion, accusing the DOJ of engaging in “highly irregular conduct to benefit a political ally of the president.”

The DOJ move came after Flynn had twice pleaded guilty for lying to the FBI and agreed to cooperate with special counsel Robert Mueller’s investigation into alleged Russian meddling in the US 2016 general elections.

The FBI investigation into Flynn’s link with Russia led to Flynn’s ouster by Trump in February 2017. The retired general was the only White House official charged in Mueller’s investigation.